Wowzer, feels like it’s been ages since I wrote a post- speedy Sam keeps beating me to it.

After the Kepler track (so much steepness,) we took a bus to Milford Sound. This proved to be a great idea as we were so tired and in no mood for driving. Milford Sound was one of those places that every Kiwi we know had told us to visit- now we see why. 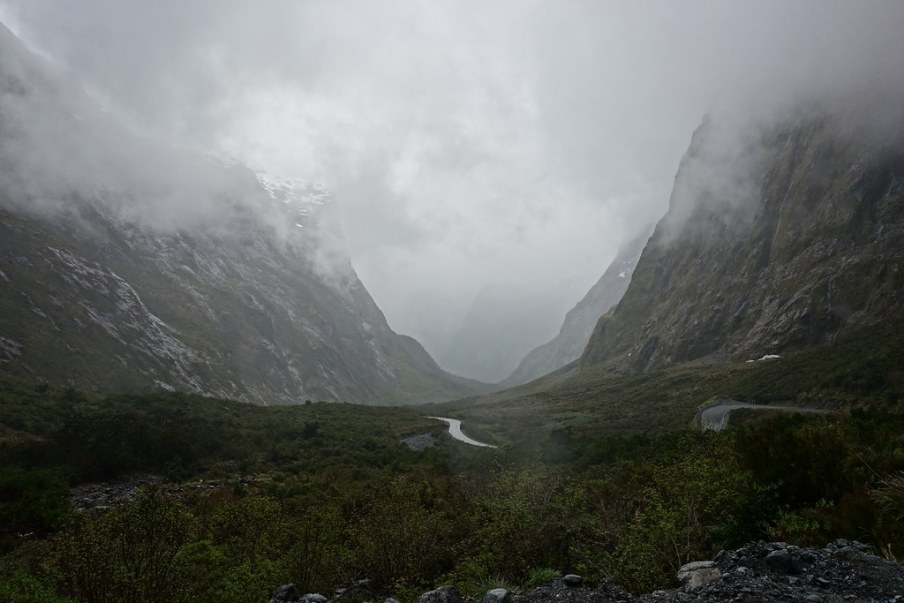 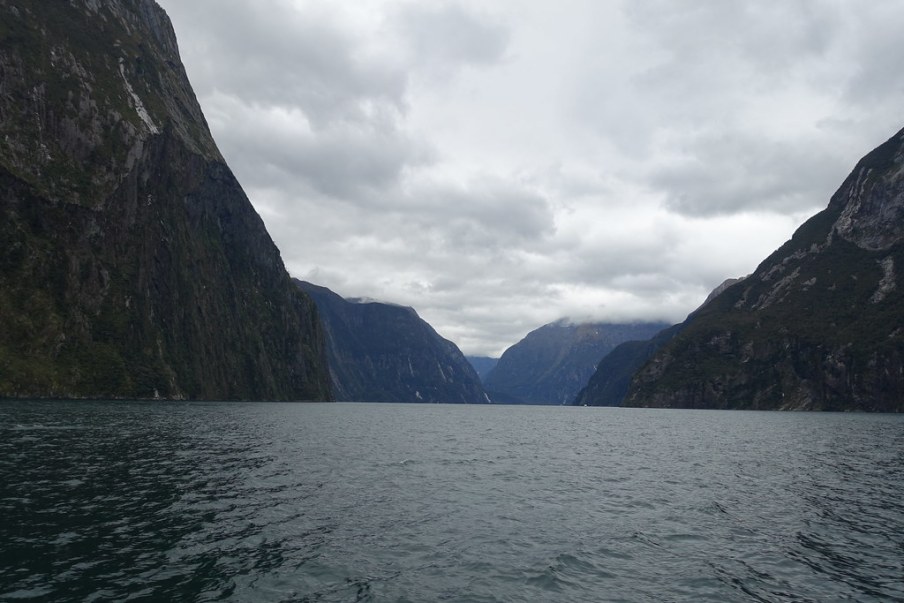 It’s so enormous and it makes you feel tiny and insignificant compared to how awesome nature is. Definitely one of the highlights of our trip so far. Our boat was nice and small compared to the other huge cruise liner type things out on the water, and it was just generally a lovely day. Apparently it rains over 200 days a year out in Milford so even though it was overcast with a lot of low cloud, that was classed as awesome weather. Along the way, we stopped to do a few mini hikes and see stuff like this, Mirror Lakes: 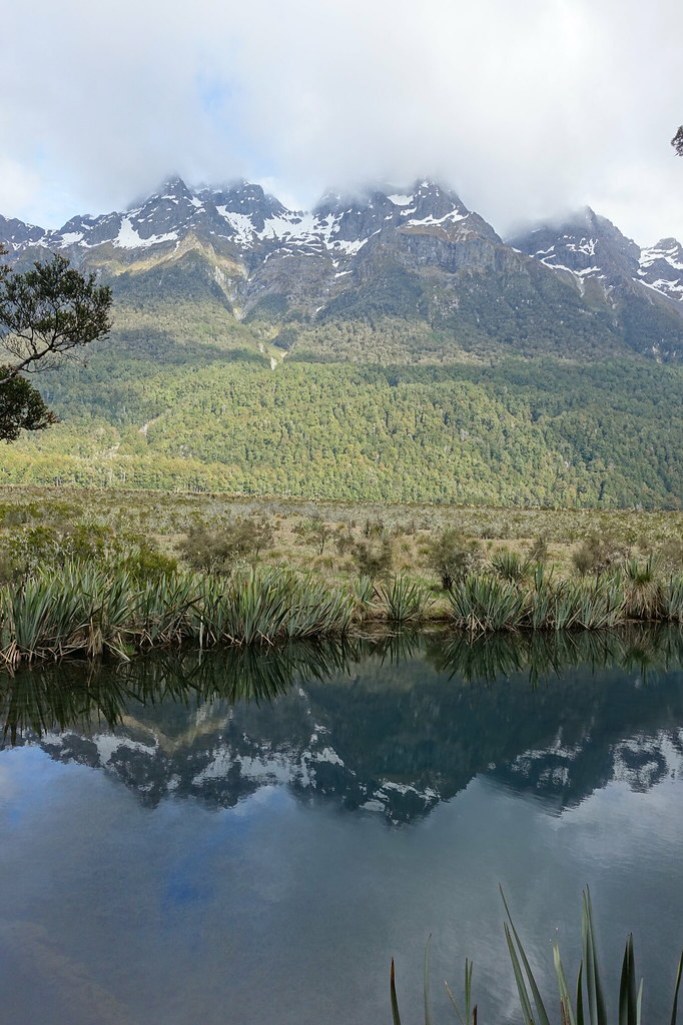 The next day, we moved onto Invercargill. The less said about this, the better. The only thing it seems to have going for it is a PaknSave (think Aldi on a much bigger scale.) We quickly got out of there and headed to the Catlins Coast, somewhere we’d heard great things about, from people on the Kepler track. We drove along the southern scenic route (not actually that scenic) but found some lovely little hikes and things to see on the way. 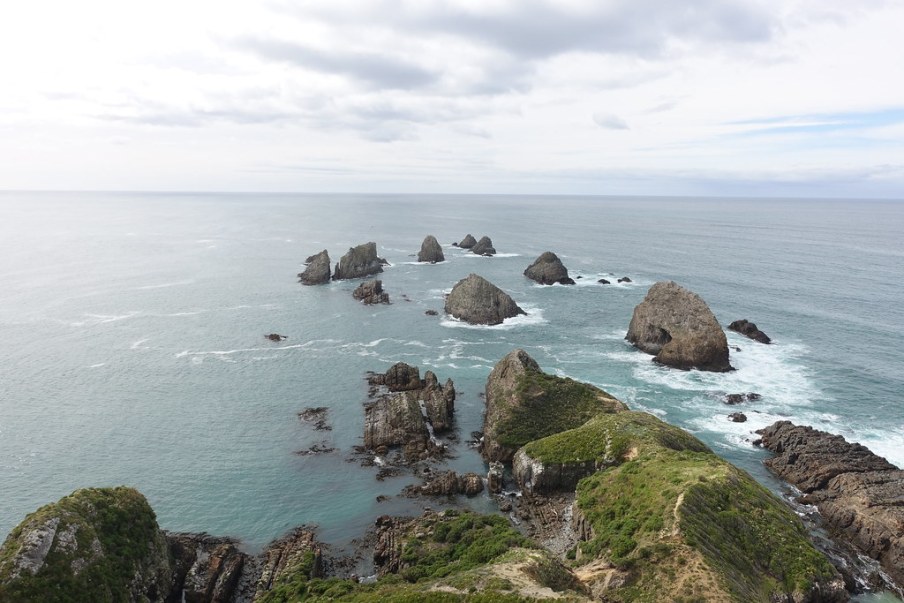 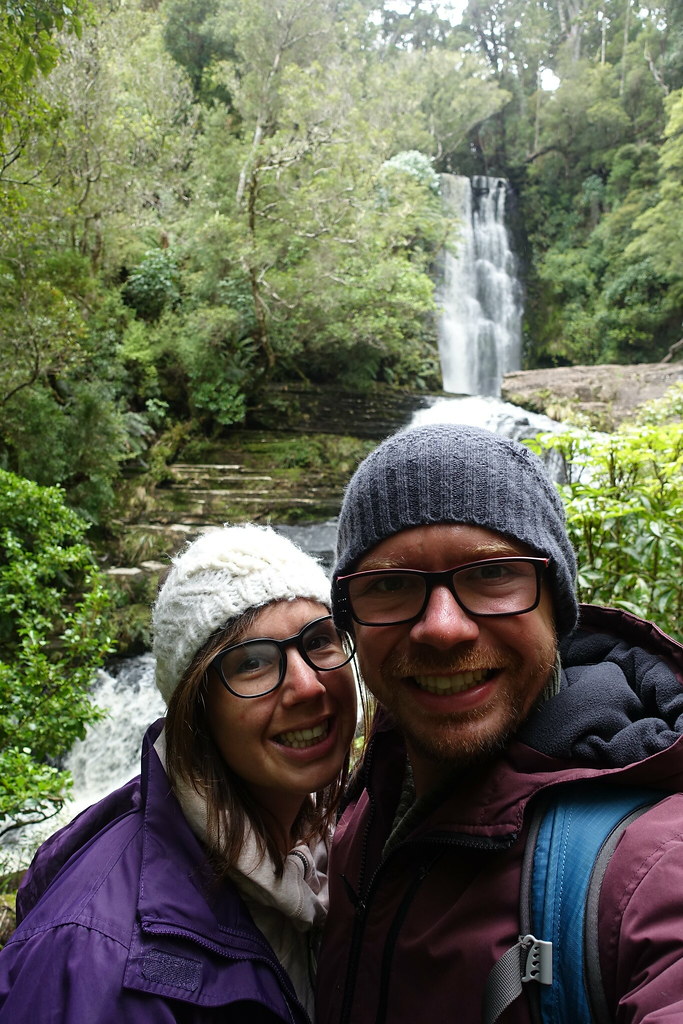 We stayed at a campsite right next to a beach and were lucky enough to see a colony of sea lions sunbathing as we walked right past them. They were so well camouflaged we almost walked into one! Seals are becoming an everyday sighting now also- but STILL no dolphins or whales. 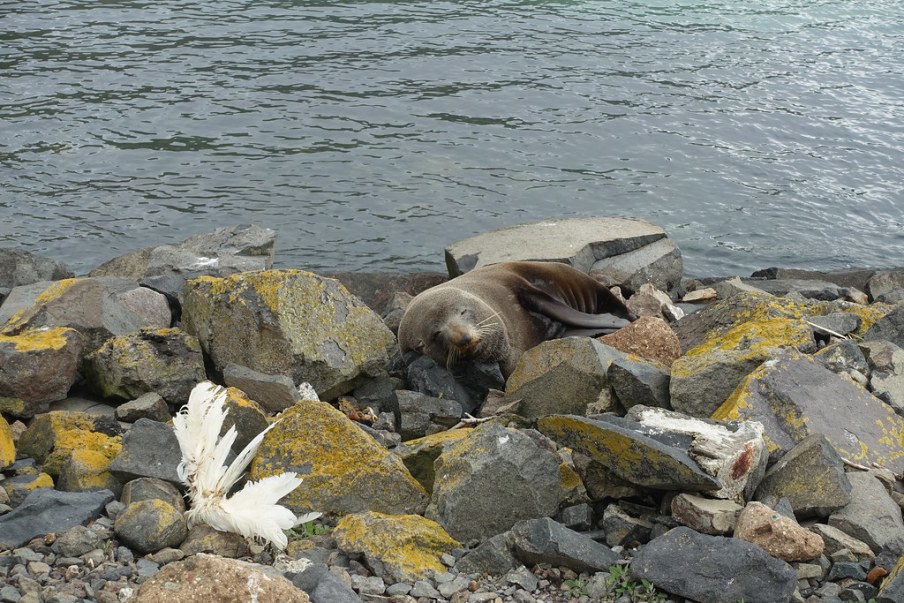 From the Catlins, we carried onto Dunedin, NZ’s self proclaimed ‘Scottish city.’ I was imagining it to be a mini Edinburgh and in some respects it is-lots of gothic architecture and lovely shops- quite a few of them seemed heavily Scottish themed. The only down side about being in a city is that we end up spending far more than we should- this was no exception. Lots of coffees, a visit to Cadbury world (Sam had never been to the UK one) many margaritas, cinema etc all adds up massively. I managed to find an excellent hot yoga studio as well- yippee! After all of this spending, we thought we’d head out to the Otago Peninsula, about 45 mins from Dunedin. In such a small place, we’d be bound to save money, right? WRONG. “Ooh, look a castle- let’s go into the grounds- won’t cost that much. Ooh and there’s a penguin colony in a conservation site- let’s do the guided tour. Shall we get another coffee? How about a nice lunch somewhere?” So pricey. We need to lay off spending for a while.

The penguin tour was definitely worth the money though. Sam has been wanting to see penguins since we got here but it’s tricky to see them in their natural habitat. ‘Penguin Place’ is a family run conservation area, that’s working to encourage Yellow eyed penguins. There’s only around 3000 of them left in the world and you can only see them in certain areas of NZ. We were lucky enough to see quite a few today, as well as Blue eyed penguins nesting. 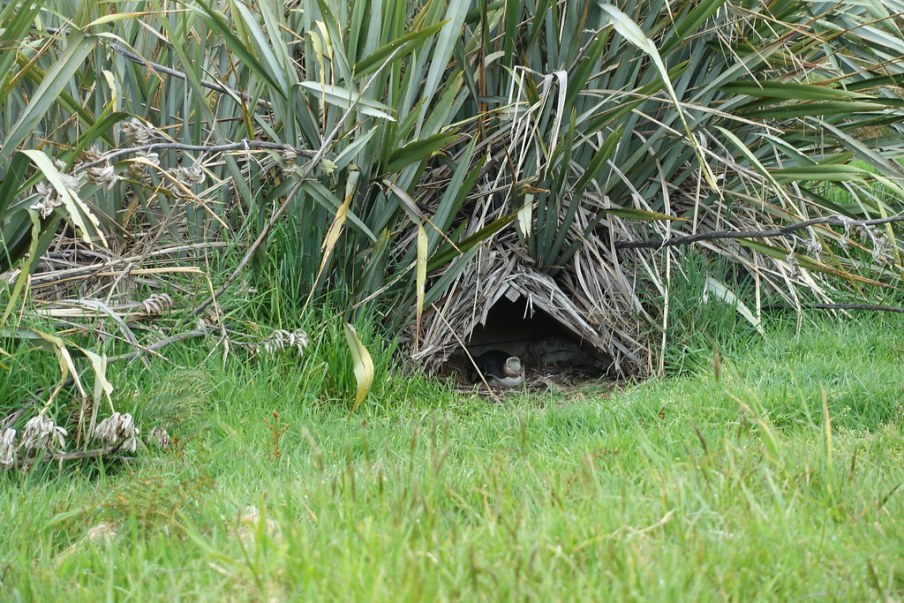 Meet Jim. He’s 22 and had three penguin wives. He can’t make up his mind.

With only 3 weeks left in the south island, we need to start getting a shifty on. This afternoon we’ll head up the east coast and then bounce back and forward between there and the central south. We hope to be in Christchurch in around 7-10 days. After that, it’s back upto Marlborough, but to the other side this time, to visit some more wineries. We’ll go to Kaikoura for a couple of days to hopefully to see whales, but with our luck so far, probably not. From the south island, we’ll head back to the north island and up to Martinbrough (more wine,) back to Taupo to do the Tongariro Alpine Crossing and then over to the Coromandel coast, hopefully with a stop in Hamilton to see a friend. From the Coromandel, it’ll be full steam ahead  back to Auckland to see my lovely friend Nicola for a few days, before we say bye bye to NZ and hop on over to Fiji for a month of sun, sea and diving.  So much to do, so little time to do it all!