Hello from our final stop- the beautiful San Francisco. 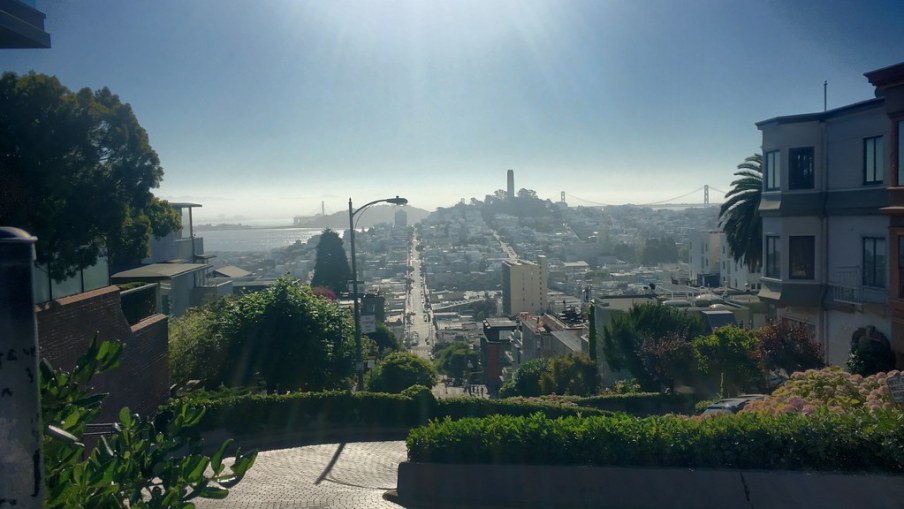 After a 7 hour bus from LA, we arrived to a decidedly different climate from the one when had left. It was a) windy, b) cold and c) foggy. What’s going on San Fran? Here, layering is clearly the way to go, one minute it’s cold and Sam’s alpaca jumper is out, the next I feel like reaching for the sun screen and flip flops. 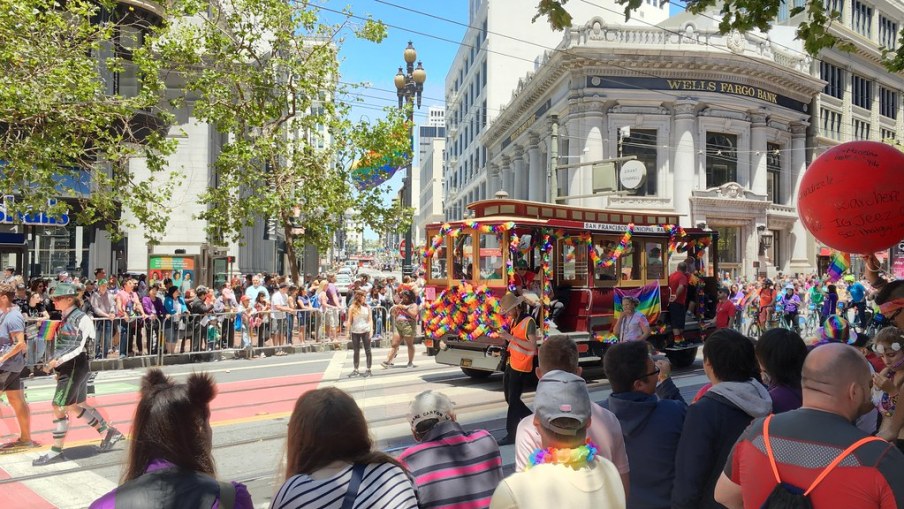 This is such a beautiful place and we’ve spent pretty much the whole time walking. We haven’t even taken a streetcar (although Sam did drag me to the museum) as the whole city, whilst very hilly, is walkable (good job we brought decent shoes for this.)  We’re staying near Fisherman’s Wharf, which is col but super touristy, so we decided to head west along the bay to the Golden Gate Bridge. Now, we’ve seen a lot of bridges this year, so it could just be bridge fatigue, but we were expecting something….more? To us, the Brooklyn Bridge was way more impressive. Don’t get me wrong, it’s still cool to see and walk over, but I don’t know if I’d necessarily come bak to see it. We then hiked out to Lands End, which was a lot further than google maps led us to believe. Such a great area with lovely hiking trails and barely anyone there. Yes, it took abut 3 hours to walk there, but at least we got the step count up! 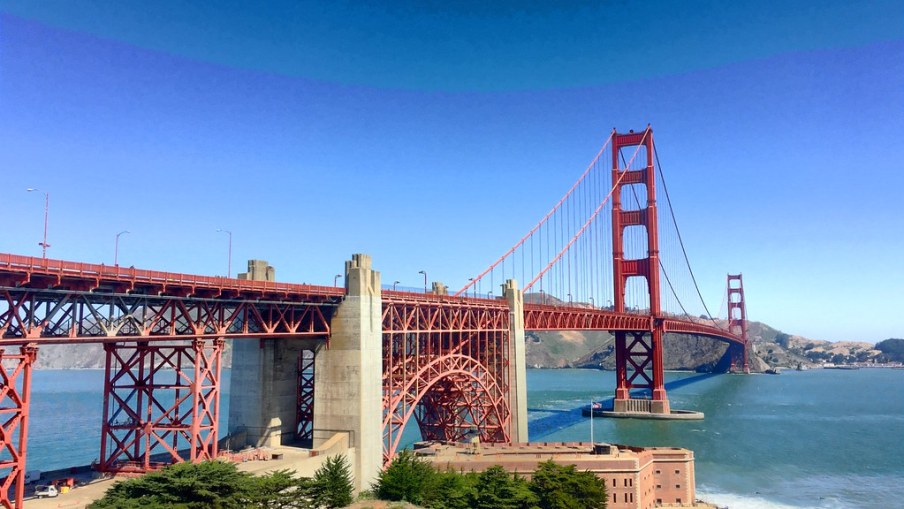 View of the Golden Gate bridge from Lands End. 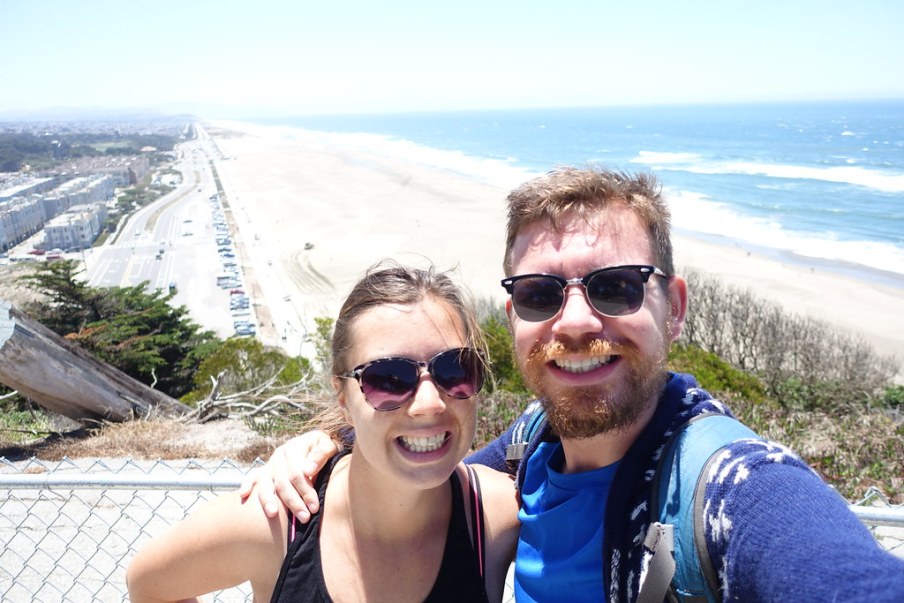 Lands End- although the land carries on so technically is it Lands End?

Then came possible the most exciting event of the past month- OBAMA AND THE OBAMACADE DROVE RIGHT PAST US! We, and everyone around us, were giddy with excitement- he was SO CLOSE. Now, this might not be such a big deal for Americans, and particularly those who’ve seen him before, but to Sam and I, who absoltuely adore Obama and everything he stands for, it was a huge deal.

No lies, there were about 50 vehicles in the Obamacade. There is no way anyone is getting to him. 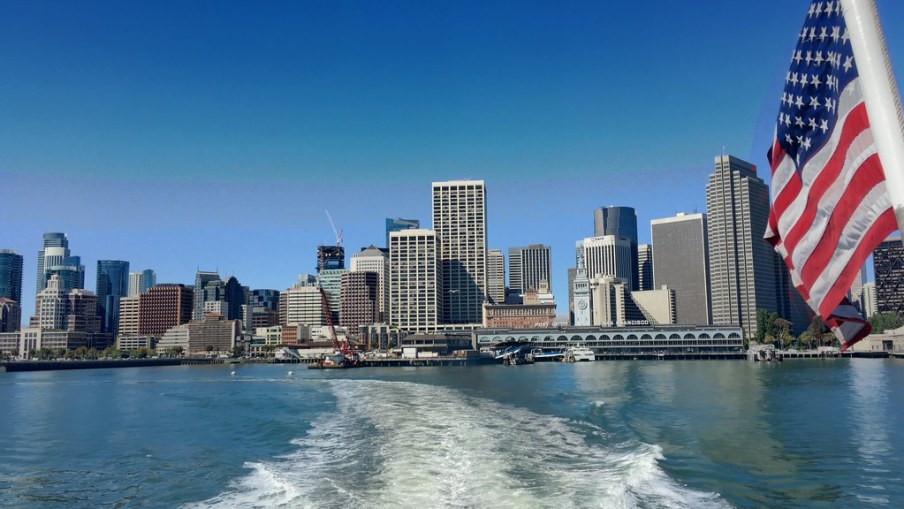 We took a ferry over to Sausalito, a cute town 30 mins across the water. From here, we took a bus to Muir Woods to visit the Redwoods- holy moly those are some big trees. 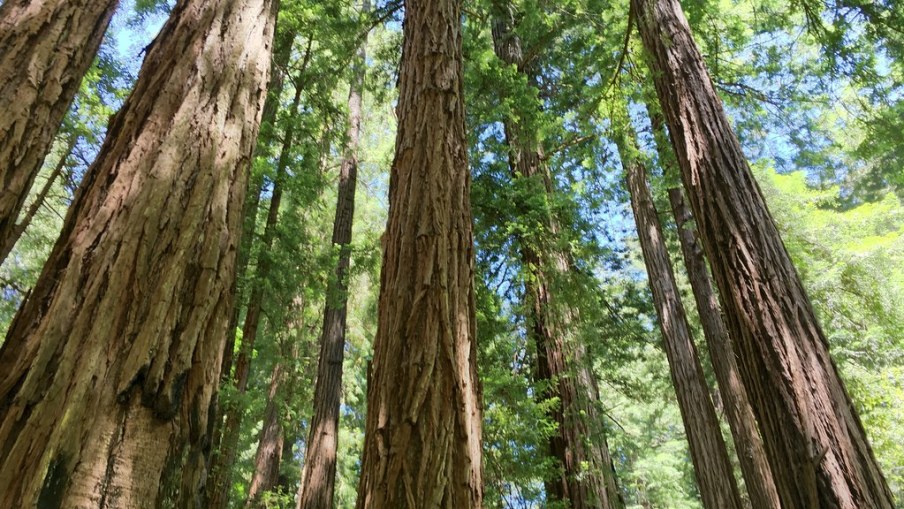 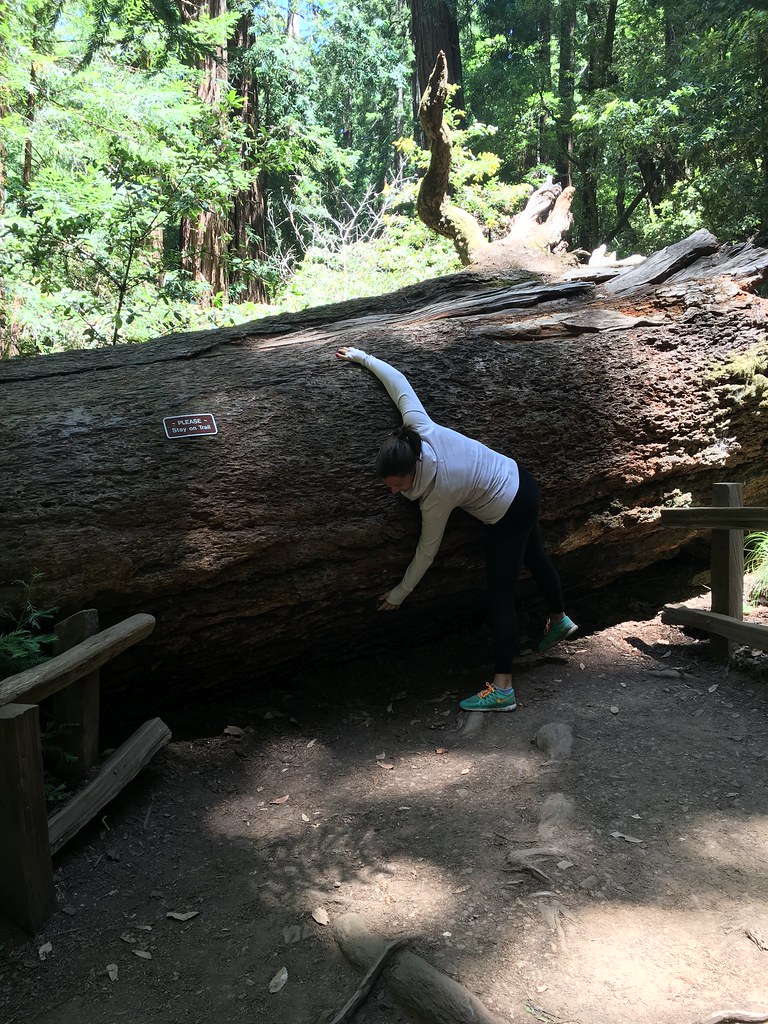 I was trying to see how far my arms could get. The answer: Not very.

There’s great hiking here and we spent several hours exploring, to get views like this: 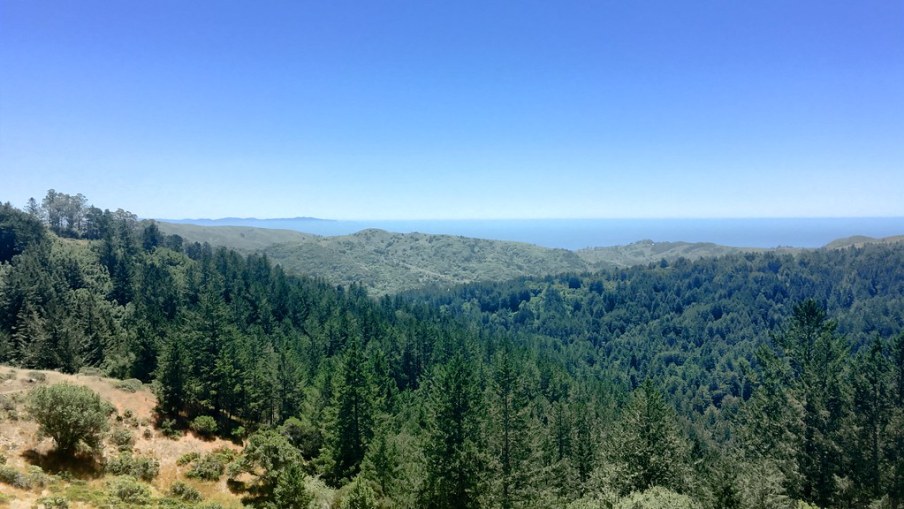 It probably would’ve been better for us to hire a car whilst were in San Fran- we could’ve gotten to Muir Woods a lot faster, visited Sonoma and Napa Valley for wine (although at this point there is a case to be made for us not needing anymore wine) and generally would’ve helped with the many many steep hills in the city, however it basically comes down to the fact that we’d rather spend our remaining money on seeing/eating/doing rather than a car!

We have found spectacular Chinese food here- good enough to give our favourite Schezuan places in HK a run for their money- it’s meant we’ve eaten it pretty much every night but after a year away from it, we just don’t care! Best Xiou Lin Bao we’ve had in a long, long time. 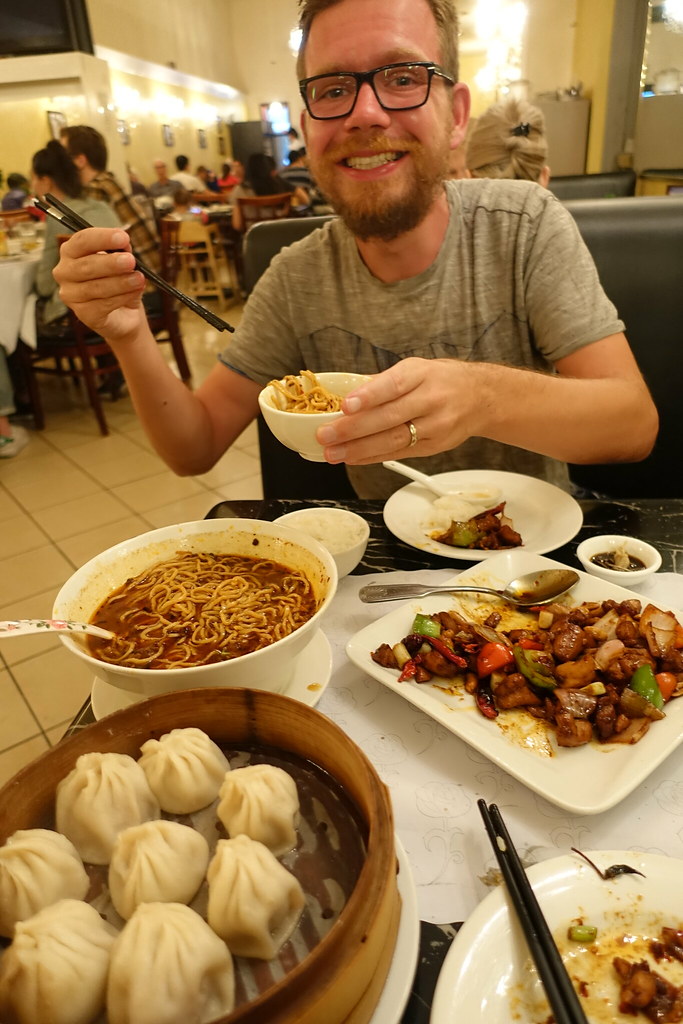 As Sam’s presenting at the Redhat tech summit, we’ve been given a very fancy hotel for our last night in San Fran- after a sob story about how travelling was coming to an end, we’ve ended up in a suite- thanks Sam and your ridiculously clever brain! There’s something super satisfying about the fact it’s all free and I don’t even have to do any work for it, unlike Sam who is presenting for an hour to a roomful of tech experts tomorrow.

After his presentation we’re going to scoot off back to LA for our flight to London- sob sob. It’s been awesome and we have so many memories still to process, but the real world awaits!

We will be writing a final post very soon.