I would first like to clarify some bits from Laura’s last post, as she said I didn’t like our trip to the 4000 islands. It’s a bit more complicated than that (although generally right, as she always is.)

The islands are genuinely nice. Exceptionally beautiful in a way which I don’t think we were able to capture in a photograph. The cute bars over the river selling gigantic beer for 1 quid and meals for not much more were a lovely way to enjoy the sunset. All good so far. 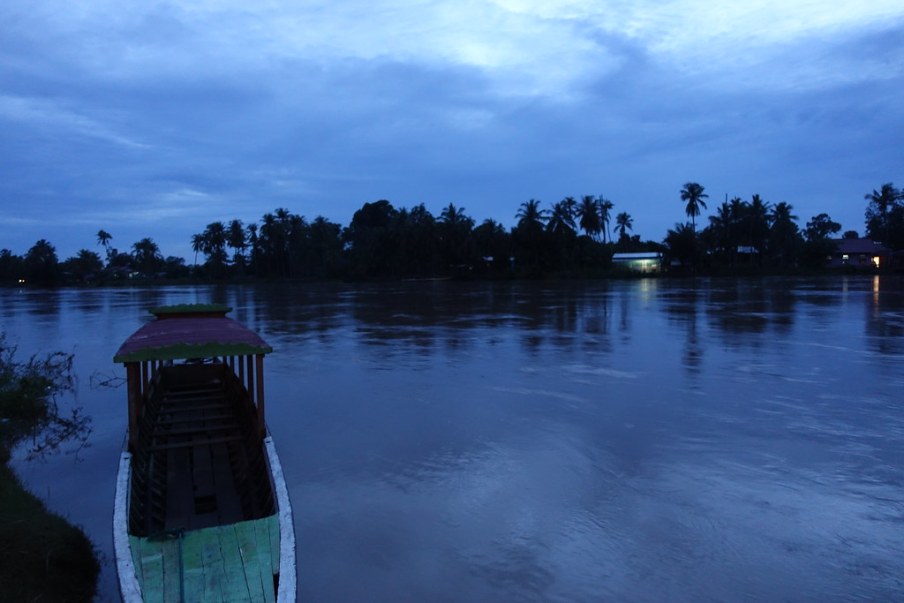 There were two main things that annoyed me; first, the roads were terrible having suffered from the rain. They were barely roads. They were more mud pits. I understand that we’re in the middle of nowhere and it’s wet season, but they’ve been left in such utter disrepair. Somewhere like Chi Phat which was much more remote managed to maintain their roads to a reasonable level. The roads on Don Khone were barely passable even for pedestrians and it kinda ruined any attempts to do anything. Having spoken to some friends who have just been to Vang Vieng (another town in Laos) they had the same problem.

The second, which I think now is more of a Laos thing, is just the general treatment of tourists. We’ve just come from Cambodia, where everyone was genuinely thankful for you visiting their country and understood that tourism is hugely important for the country for it’s recovery and growth. Everyone was friendly, service was excellent, and it was just a damn good place to travel around. My experience of Laos so far is the exact opposite of this. People really don’t give a crap about tourists. A quick look on TripAdvisor shows tons of reviews along the lines of “the staff couldn’t have been less interested if they tried”. I’ve seen this over and over and over again.

I also feel like we’re being constantly ripped off (or trying to be). Whether it be the tuk tuk driver who asked for more money when we arrived at our Vientiane hotel because it was further than he normally takes people (despite us showing him the destination before we got on), to the 2 sets of bribes at the border that have to be paid so you can then watch one guy do all the work and 4 others standing around doing nothing, or the tuk tuk drivers who stand in groups and won’t give a reasonable price. Everything here seems to be centred around fleecing the traveller for as much cash and as little service as possible.

Rant over. It’s not as bad as I’m making it sound in reality; Laos is a very nice country with some great scenery, some very nice food and lots of nice cafes. You can definitely feel the ex-French vibe here more than I think you can in Vietnam or Cambodia.

Vientiane has to be one of the worlds smallest capital cities. I can safely say it’s about the same size as somewhere like Darlington, and would be eclipsed by places like York or Leeds. Like most places, there are a lot of temples (although I think we’re fully templed out so haven’t really been going to see them anymore). The major monument is a replica of the Arc de Triumph, built out of concrete donated by the USA for a runway (suspect they were pissed about that). It was fairly underwhelming and very random. 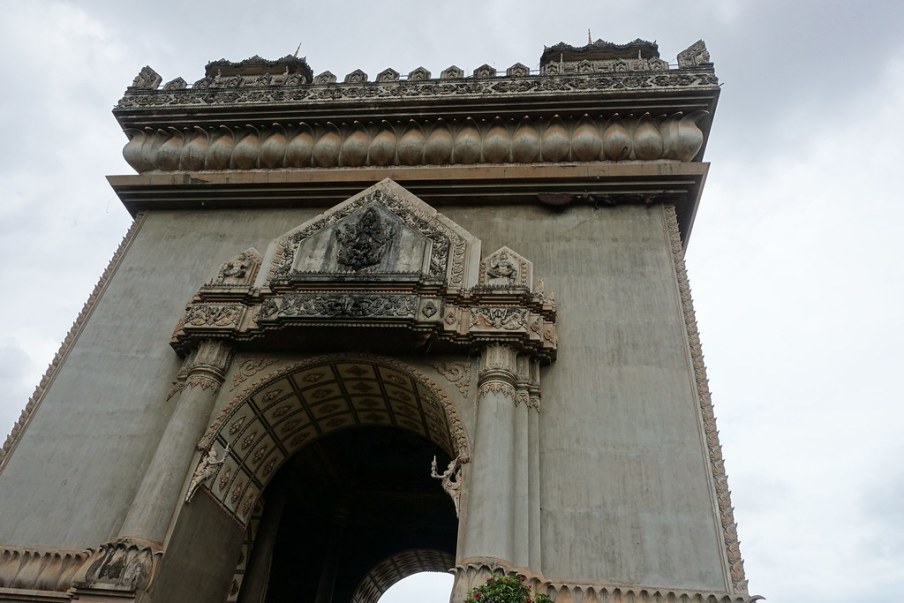 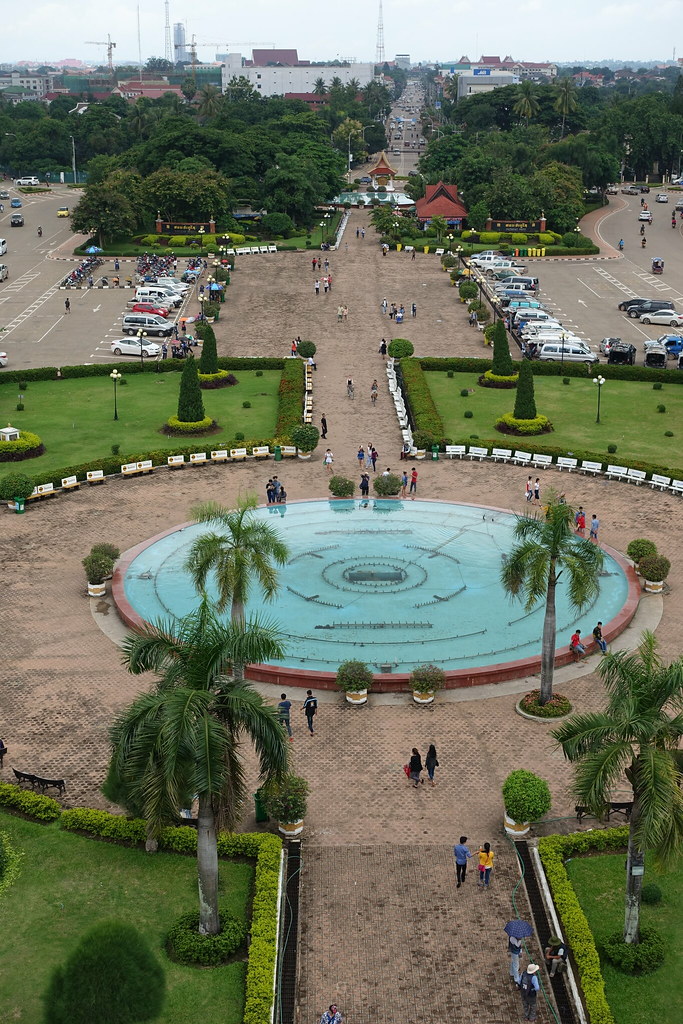 View from the top

Laos is another country that the USA has done it’s best to destroy in the past. Also subject of mass bombings during the cold war, there are millions of unexploded objects still around the country. We visited the COPE centre exhibition which showed the great work that’s being done to help people who have lost limbs through “UXO”s (Unexploded objects.) There are some terrible stories of kids finding and picking them up to sell the scrap metal, or fisherman trying to use them to kill lots of fish, only for them to explode in the hand. There were scary photos of unexploded missiles and bomblets (“bombies”) in pharmacies and shops that people are selling as souvenirs. They’ve just become engrained in the culture. One guy even helped to build his own fake leg using metal from an exploded bomb!

Overall there wasn’t a huge amount to do though, so I’m glad we only had 2 nights. Yesterday we completed an epic 13 hour journey through some of the most beautiful mountain roads to get to where we are today: Luang Prabang. More on that next time.