Up in the mountains- Potosi, the highest city in the world.

NB: This was written about a week ago- but internet in Bolivia is almost as bad as in NZ so takes forever to do anything! 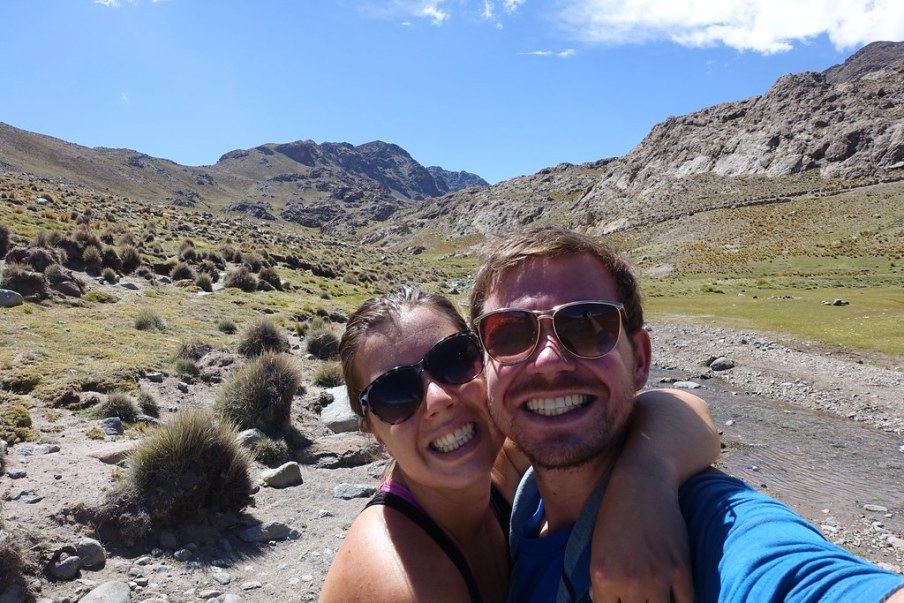 Here we are in Potosi, the highest city in the world. It sits at about 4300m above sea level and we thought we’d really feel the altitude but I think, because we’ve been at high altitude for over a month now, our bodies have adapted. That’s not to say we’re not struggling sometimes, but it’s nowhere near as bad as it was when we got to Cusco or climbed the volcano in Chile.

But I’m getting ahead of myself. We’ve been in Sucre for about a week, relaxing and not doing a lot. That’s not to say we didn’t do anything- we went to see the world’s largest collection of dinosaur footprints, which was amazing. We also visited Tarabuco, famous for its textile market (stay tuned for photos of my new alpaca wool jumper. It’s so stylish.) We ate some fantastic meals here too- amazing steaks and super strength red wine, yum yum. However, by the last day in Sucre, we were definitely ready to move on and headed 3 hours up through the mountains to Potosi. 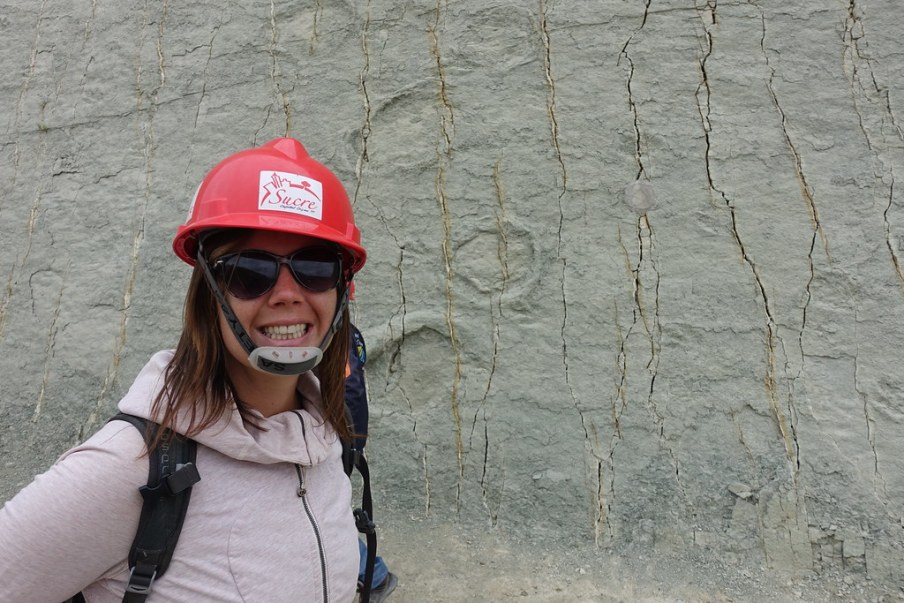 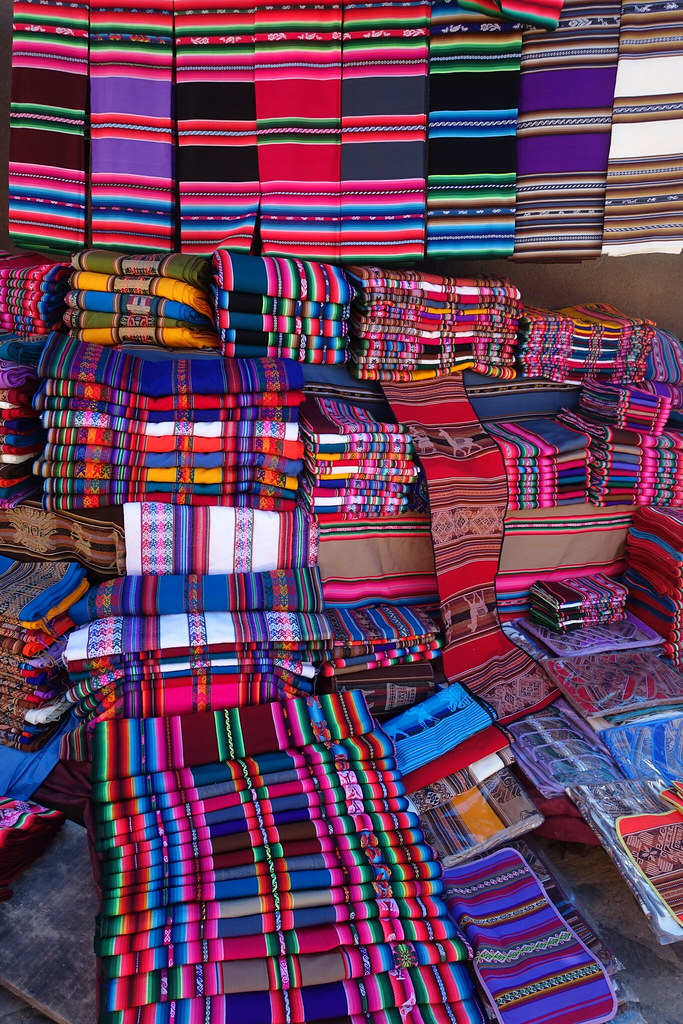 Potosi is famous for its silver mining- hundreds of years ago, over 80% of all of the silver in the world came from here and men still mine it today in Cerro Ricco. It’s really dangerous and reportedly has horrendous working conditions, but over 20,000 still go everyday to mine. There are tours you can do but with my claustrophobic tendencies, we decided it would be a waste of money for us. Instead, we went to Casa de Moneda (the money house) to learn about Potosi’s rich history of coin production. Interesting fact: Due to the volume of silver from Cerro Ricco, money from Potosi was exported to Spain and then around the world. That’s right, I paid attention. 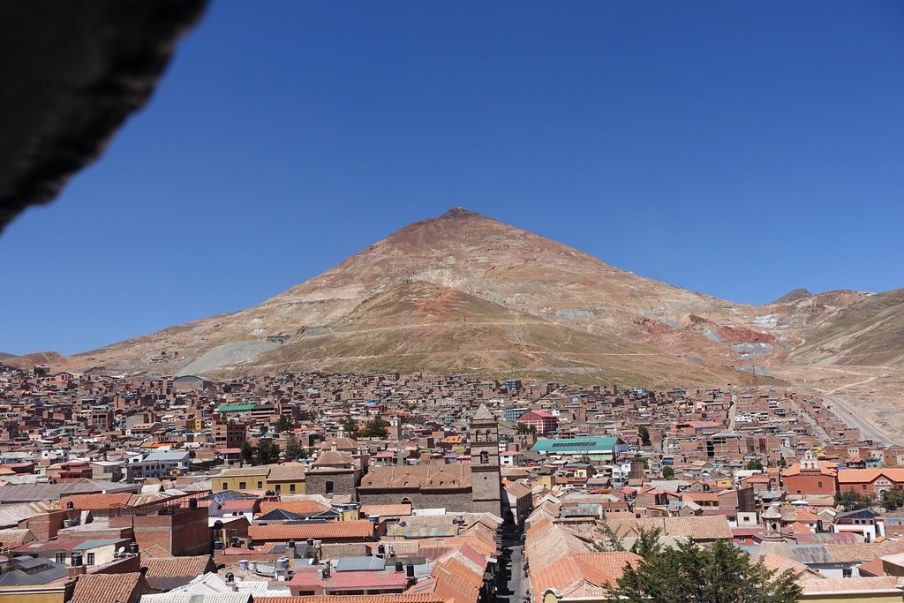 We were able to snag a visit to the cathedral when it was empty so we got to explore on our own- it was really cool to go up to the bell tower and see out across Potosi- it’s another UNESCO heritage site and as such, the buildings, for the most part, have been preserved so it’s beautiful to look out over. 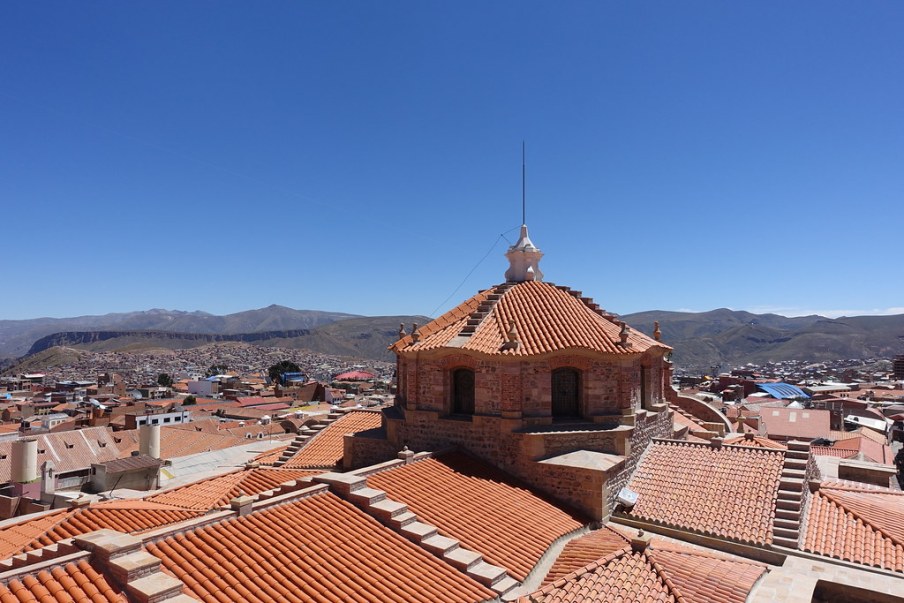 We’ve managed to score ourselves anther great Airbnb apartment so we could cook- this was great until we realised Potosi doesn’t have the best supermarkets and we kind of had to scramble meals together (resulting in a very grumpy Sam last night.) It’s really polluted here- like a smaller version of La Paz and so to counteract it, we headed away from town, into the mountains to find some Lagunas. It was so beautiful up there and apart from the hundreds of alpacas roaming around, was deserted. It felt so good to be hiking again although we’re both suffering now. 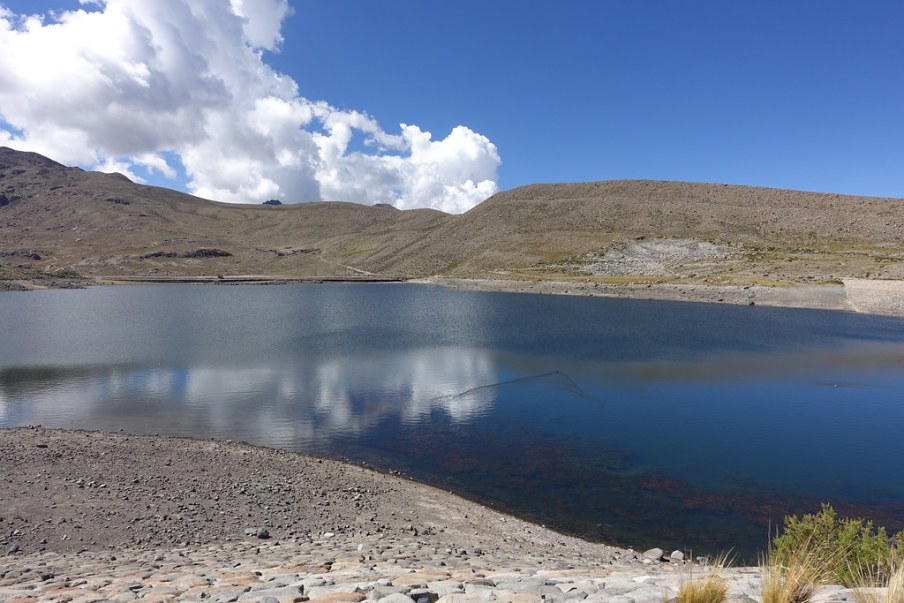 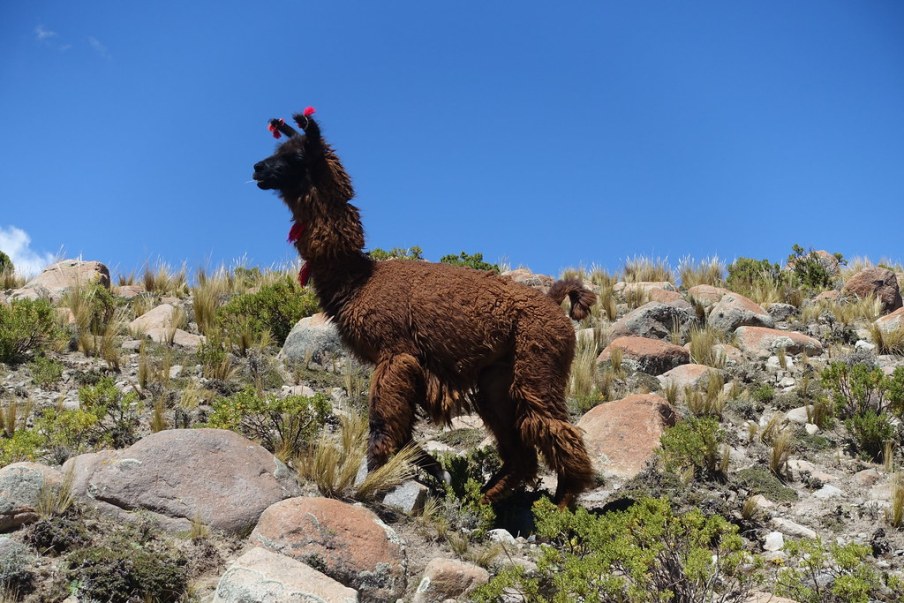 Tomorrow we’re on the move again, 7 hours down the road to Tupiza for (hopefully) just an overnight stay so we can book our Salar de Uyuni trip from there. Then it’s 4 days over salt flats to the steam train graveyard (guess who’s excited about this) followed by an overnight bus to La Paz (unavoidable) and then flying on down to the Amazon for 4 days of adventure in Anaconda Central, yippee! (My mum is not happy about this at all. Helpfully, Dad keeps referencing anaconda films and all the things that could happen during Skype calls. Mum is not taking this well.)  We only have a 30 day visa for Bolivia so we need to be out and back into Peru by the 12th April- extending our visa seems to involve a lot of faffing at the embassy so we want to avoid that if we can.