The Great Walk of Abel Tasman 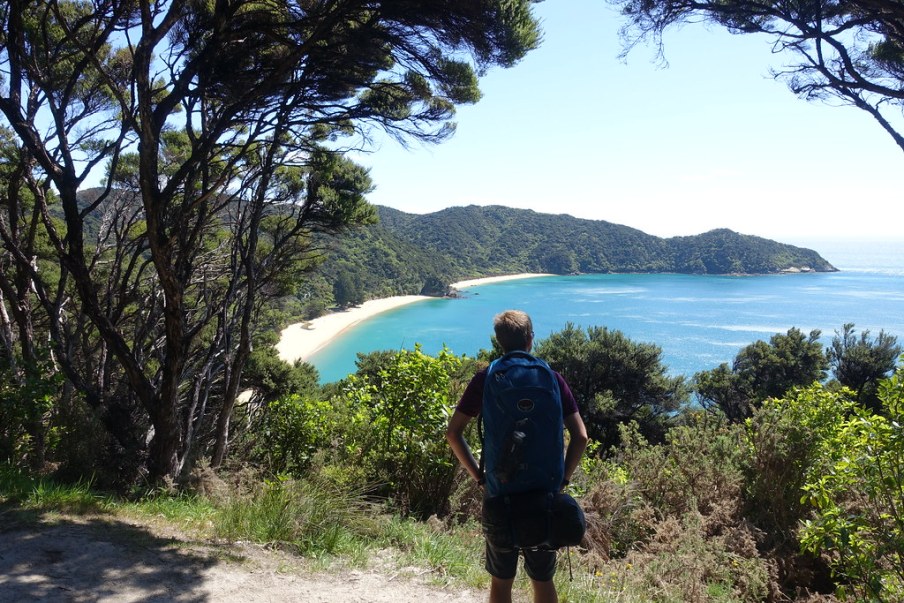 Hello, Sam here. It’s been a while.

One of the many things NZ is famous for is the “Great Walks”, 9 multi-day hikes of 3-5 days with great scenic beauty and lots of campsites and camping huts en route. Apparently it would be wrong to come to NZ and not do one of these amazing walks, so we decided to do the easiest one- the Abel Tasman Coastal Track (with the idea that, if we liked it, we could look to doing a more adventurous one next.)

Having followed the advice of the gentleman in the local i-site (all major towns have one, basically a tourist information centre) we booked to get a boat to near the end of the walk (adding an extra 4 hours walking to our total journey, YAY!) and to walk back to start over the course of 4 nights and 5 days.

For the map enjoyer, we got the boat to Totranui, walked up the coast to Wharawharangi for the first night, then crossed Gibbs hill to come back to stay at Aworoa, The plan was then to stay in Bark Bay on night 3 and Anchorage for the fourth and final night. This isn’t how things panned out though… 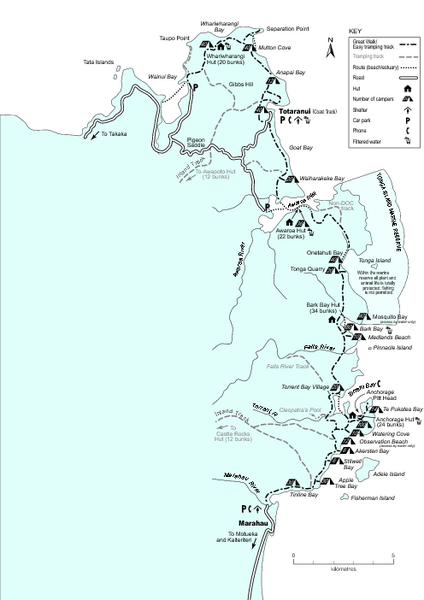 On the walks there is nowhere to buy food, so you need to take everything with you.  We were staying in the Department of Conservation (DOC) huts, which had no cookers- just some tables and some bunk beds.  As a result we had to buy a portable cooker and sleeping bags, which we also had to carry along with dehydrated food for 5 evening meals, food for lunches (crackers, peanut butter and nutella mostly), snacks (nuts, energy bars and chocolate mostly) along with clothes and toiletries, and a few other bits and pieces.  All in I think we were carrying about 20-25kg between our 2 bags, which was excruciating. 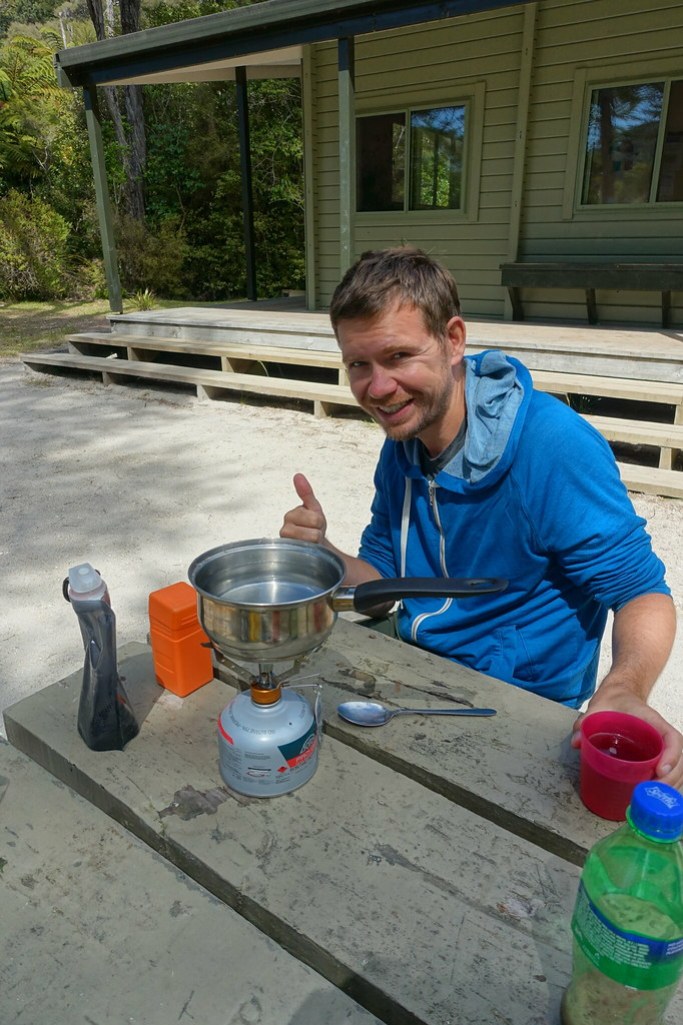 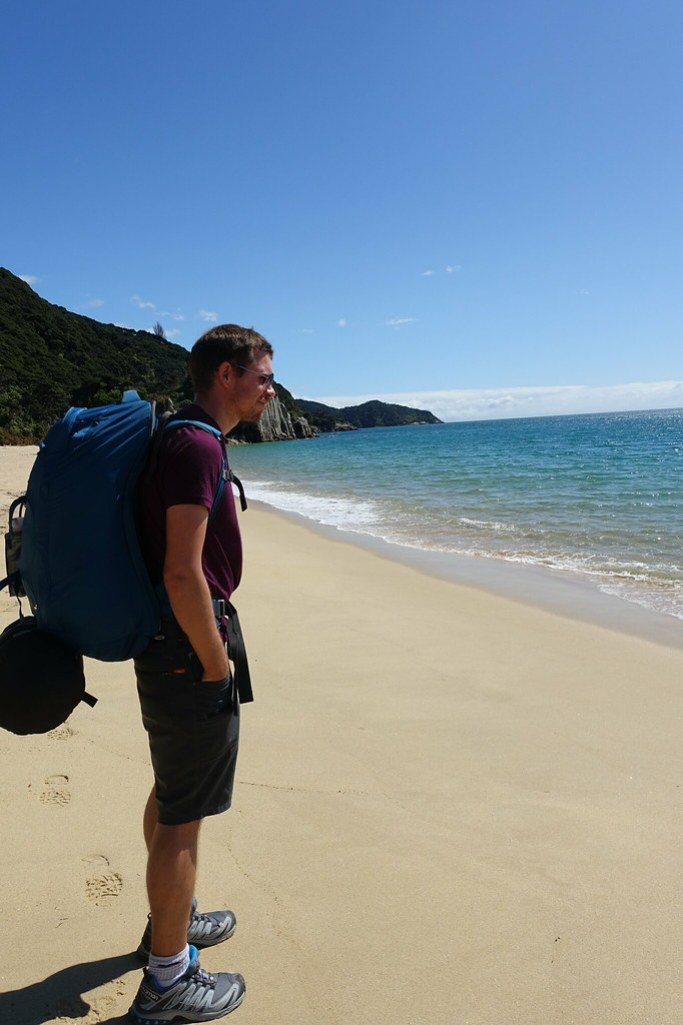 The walk itself, whilst long, was generally an easy walk. There were a few steep inclines, but on the most part it was a nice and easy, well formed track.  The only problem was carrying gigantic bags made everything really difficult, and we weren’t cut out for it.  Laura “I love walking” Atkinson spent a surprising amount of time complaining about the walking (Laura: I was complaining about the bag, not the walking.) In reality it all just added to the enjoyment (Laura: Sam was most definitely  not enjoying)  and sense of achievement at the end- we walked approximately 70 km in about 21 hours over 4 days.  Why 4 days and not 5? We were feeling very confident about our abilities so after walking for 4 hours on the first day and 5 and a half on the second day we decided to amalgamate the walk to Bark Bay (4 hours) with the walk to Anchorage (3 and a half hours) into one mega seven and a half hour day.  On all the days we were exhausted and in bed for dark (there were no electric lights in the huts), but on this night we were ready for bed about 6 o’clock. 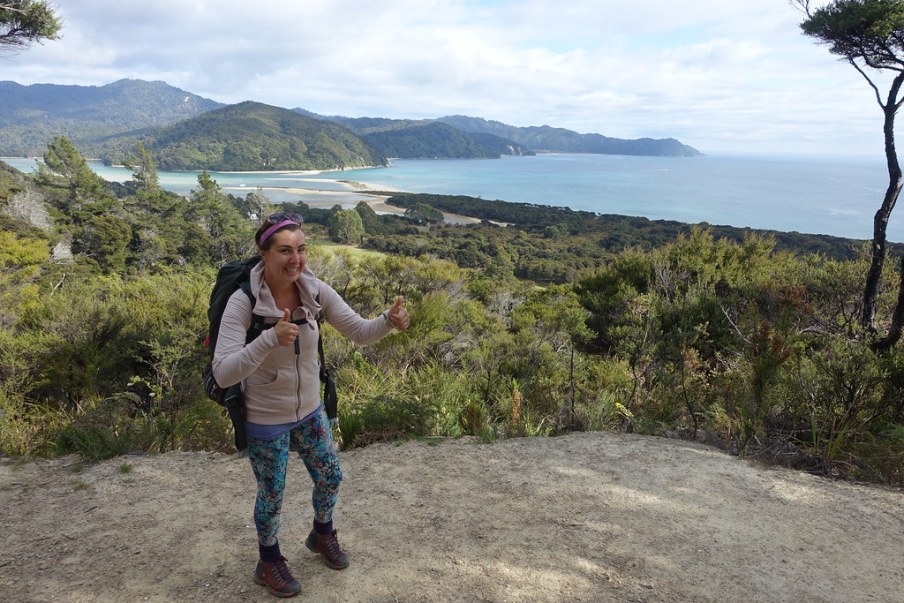 Exhaustion aside, the walk itself was a bit hit and miss; the first day in particular was beautiful, with lots of walks along serene isolated beaches looking onto deep turquoise sea which would give the Maldives a run for it’s money (if it weren’t so cold.)  Other days were mostly inland with little in the way of view.  A particular highlight was crossing to Awaroa, which had to be done over a tidal estuary. We had organised to do the walk in reverse so as to get the low tide in the afternoon, however we arrived quite early and the water hadn’t dried completely. Nonetheless, along with a bunch of Army boys, a German family and Lauras impatience we crossed through the remaining water (which got up to underwear height in places).  It took a while to wade through but was certainly interesting to have a walking track which 50% of the time is covered in water. 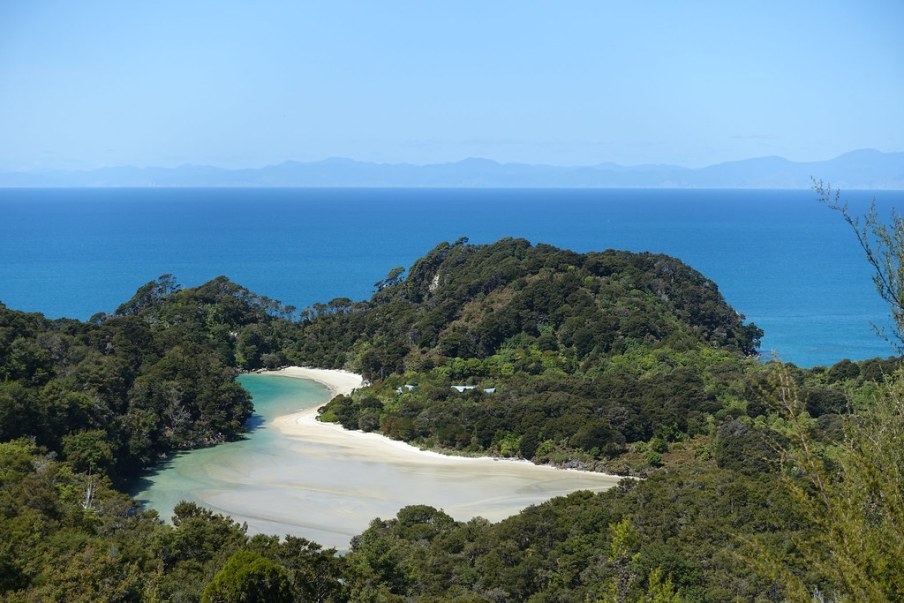 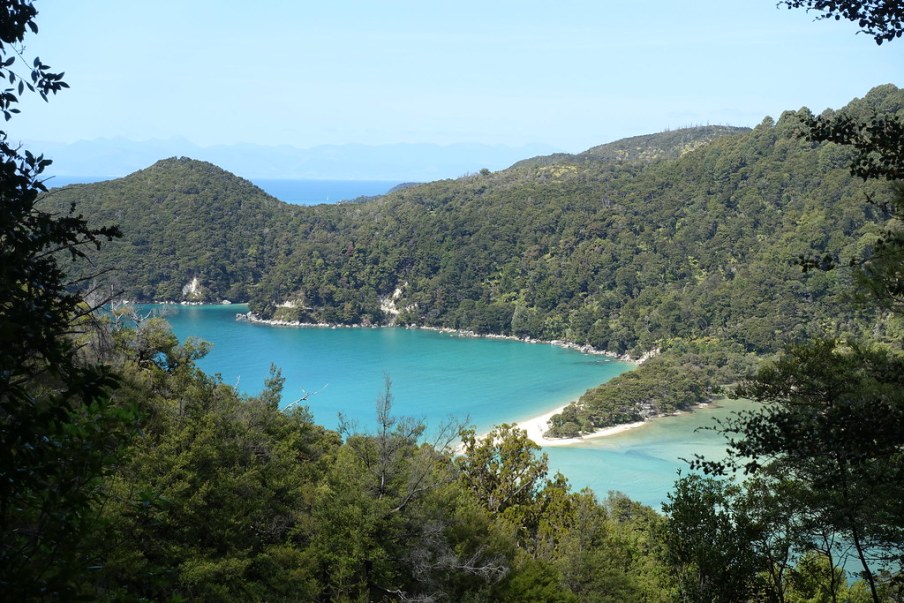 I definitely think 4 days of walking is about my limit. There’s a big hole in my right Ankle where there used to be skin and Laura had to walk two days with a bandaged toe, but it was an amazing sense of achievement at the end (and great to feel smug walking past the daytrippers with their tiny backpacks.)  Would I do it again?  Probably, but maybe trying to compress the walking over 3 nights so that we can carry less stuff. Those backpacks were seriously heavy and the worst part of the trip. 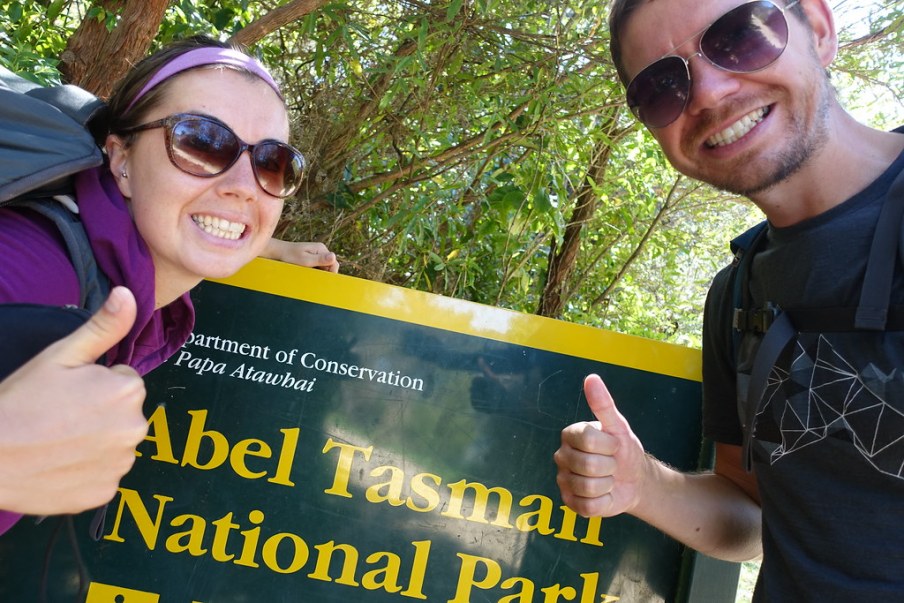