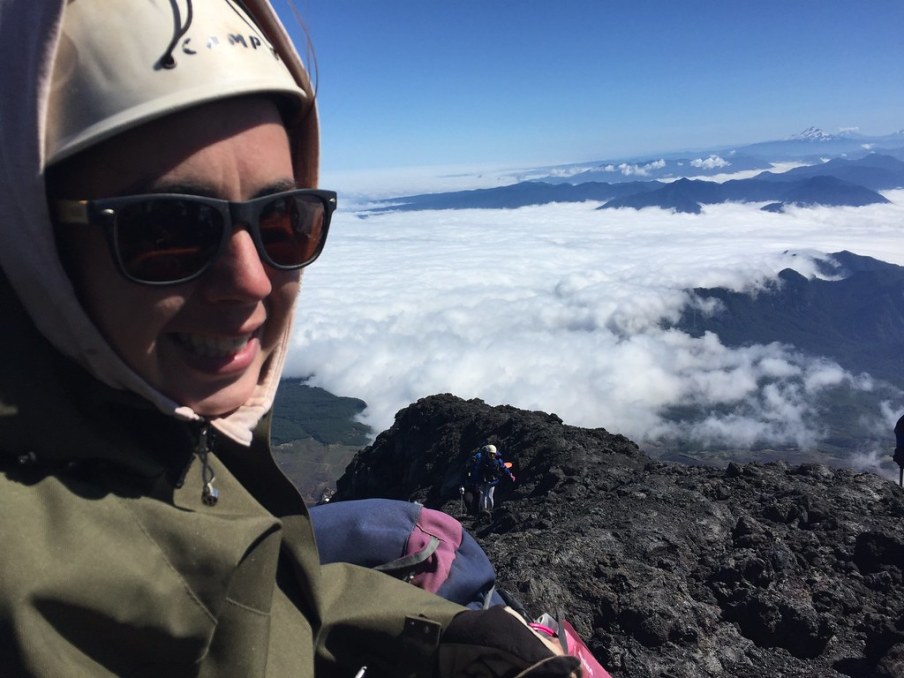 I’m not sure if I’ve ever looked so stylish

After a few exhausting days of massive hikes and long bus journeys, we decided to stay put for a while. Luckily, we’ve landed in a fab little town, dubbed the ‘Queenstown of Chile,’ called Pucon. It was amazing- as soon as we stepped off the bus, we heard English for the first time in weeks! This is a proper little tourist town, with loads of outdoor adventure places, great restaurants and seemingly hundreds of hostels.

Luckily, we’d already booked ahead- a couple we met at the bus station hadn’t and ended up walking around for 5 hours trying to find somewhere to stay. It’s Chilean holiday season as well as high season for tourists so everywhere in Chile is extremely busy- we’re now all booked up until the Inca trail in March! We don’t like having to book ahead as it limits us in terms of extending somewhere however it’s a necessity for February in South America.

We’ve been super fortunate with most of the places we’ve stayed in Chile and this is probably our favourite yet. We’re at ‘Chili Kiwi Hostel,’ a typical hostel but with loads of quirks like treehouses (where we stayed for 3 nights,) glamping vans (smaller versions of Vanatar) and tents with proper beds in them (where we’re currently at.) The only downside of this place is the noise- in the treehouse we were right above the assembly point for the 6am trip to the volcano- 12 people talking full pelt for 40 mins is not fun. Last night at our tent, 2 foxes decided to start screaming right outside.

Oh, and apples from the apple tree above the tent sporadically drop onto us and wake us up. Lovely.

However, we are having a really great time here- everyone is so friendly, there’s loads of outdoor hammocks, comfy seats and swings to hang out on, so many bathrooms (this becomes important when you’re sharing with 40 other people) and a killer view of the lake. 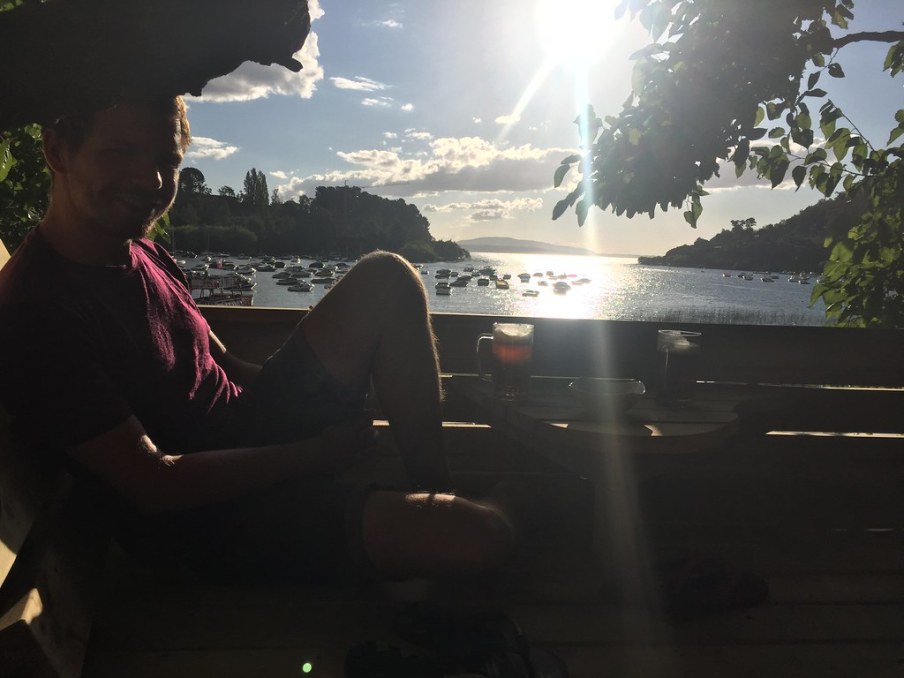 One day we hiked out to a waterfall, about an hour and a half out of town- we had just started the last mega hill up when some lovely people pulled over and gave us a lift up. RESULT! After a few wrong turns and scrambling over rocks, we made it to this:

It was freezing cold glacial water, which meant we couldn’t swim in it, as much as we wanted to in 35 degree heat.

One afternoon we decided to take kayaks out on the lake and paddle over to a nearby beach. When will we learn that WE CANNOT KAYAK TOGETHER?! It just doesn’t work. The beach was black sand and really lovely, apart from the hundreds of Chilean tourists and many many wasps. It was no Fiji beach, but hey, at least it was hot and Sam could paddle! 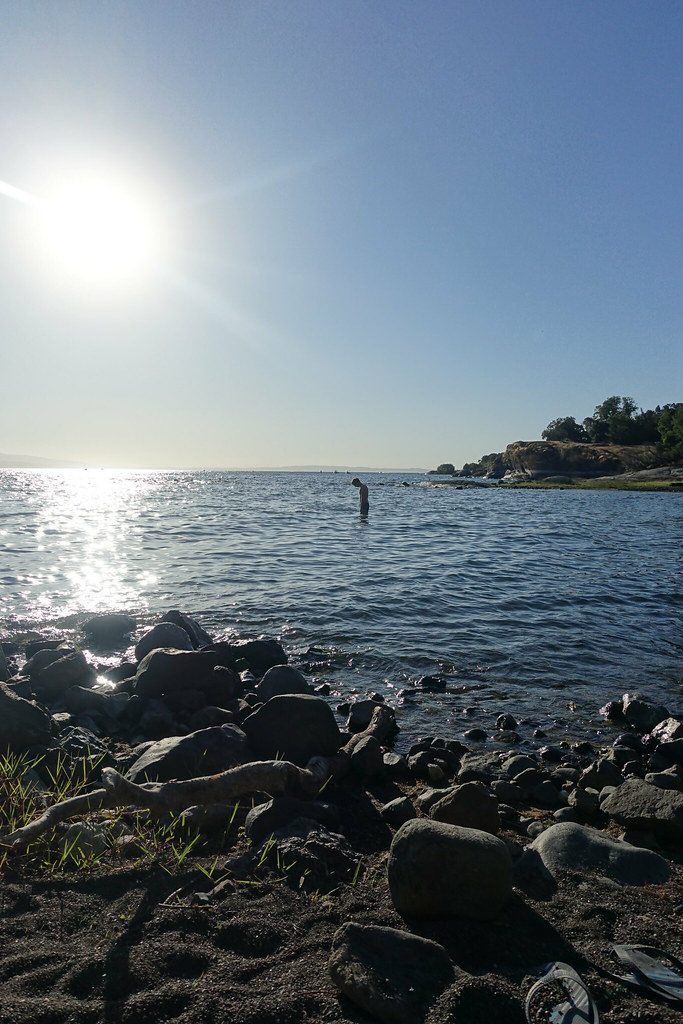 Today we took a local bus to the Parque Nacional Huerquehue and did a stunning 4 hour hike to the 3 lakes. We managed to motor on past all of the dawdlers and make it to the lakes when they were completely empty- so beautiful and serene. 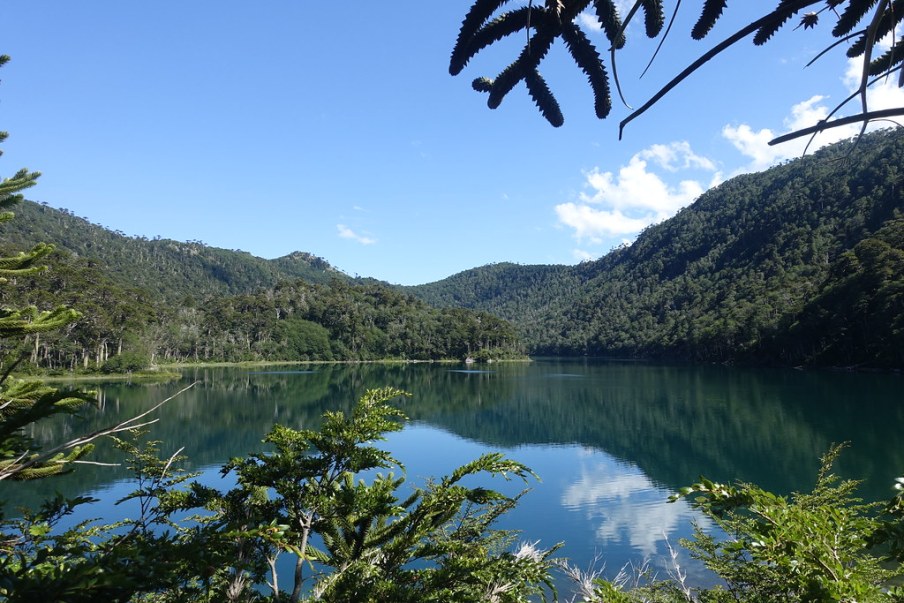 The highlight for both us though, throughout the whole of Chile trip so far, has been this, hiking to the top of the most active volcano (last eruption was March 2015) in South America, Villarica: 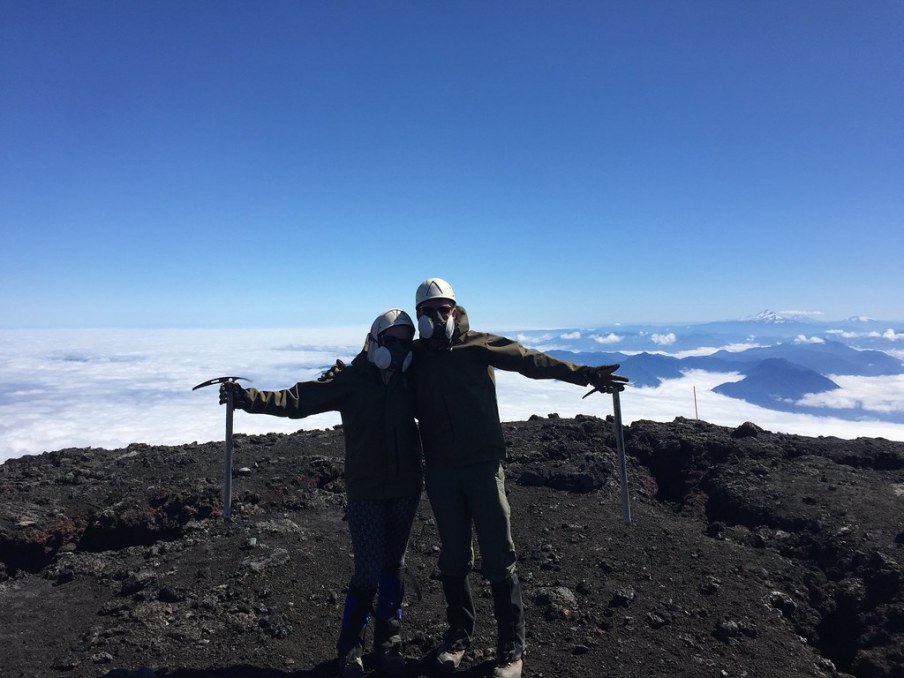 This was an intense day. We woke up at 5.30am for a 6am start, got kitted up in heavy duty hiking boots and some weird leg things we had to wear. We then drove around 30mins out of town upto 1000m above sea level, the base of the volcano. Here, we took a ski lift up another 400m (we had the option to walk this but as it was on volcanic ash and our experience of this in NZ wasn’t pleasant, we decided to shell out for the ride.) Almost everyone in our group of 12 chose the ski lift and mocked those who decided to walk up. From here, we were already above the clouds.

Our walk began with putting on crampons and grabbing an ice pick. Trepidation set in. It was bitterly cold as we hiked up in zig zag lines through ice and rock for 5 hours, with occasional 5 minute breaks. The breaks were supposed to be longer but it was so cold we couldn’t sit down for long. We wanted to eat and drink but doing that would have involved taking off the industrial sized gloves we’d been given. No thanks, I’d rather go hungry.

I suffered quite badly with altitude sickness around 2000m, (slightly worried about the Inca trail now) but slowed down to catch my breath, which put me right at the back of our group. Finally we saw the top of the crater and were told to put on our gas masks (absolutely hideous) as the fumes were too sulphurous. Standing at the top of the crater and looking into see the lava was amazing.

However the view down below was even better. 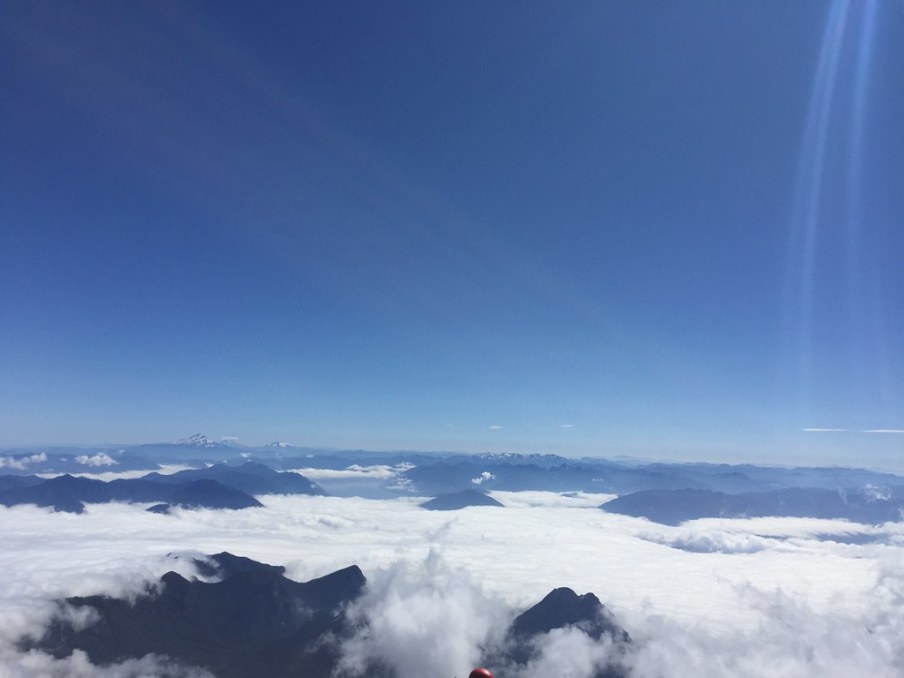 Then came the best bit. We put on waterproof trousers, attached a plastic ‘seat’ to ourselves and slid down the mountain! We followed tracks that had already been carved (think a luge-bobsleigh type track but far less sophisticated) and used our ice picks to slow ourselves down- Sam did not quite master this and kept crashing into me, which pushed me into the slow coach tortoise in front of me. The snow was quite soft in places which meant we could stop and take the plastic seat away (not the most comfortable thing in the world- I have bruises to prove it.)

Tomorrow we leave Pucon and travel 4 hours south to Puetro Varas for 1 night only. From here, we’ll go to Puetro Montt airport and fly down to Patagonia- yippee! We’ll be down there for around a week, hiking and (presumably) feeling cold. Then we’ll make our way back up north past Santiago- the desert and salt plains await!