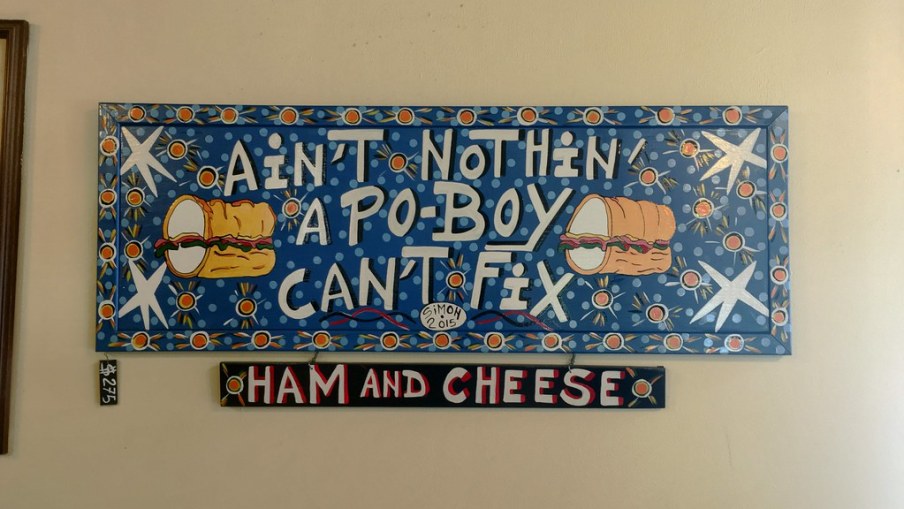 This place is hotter and more humid than HK, the Atacama desert and Dubai all rolled into one. It’s 38 today with around 80% humidity- going outside is an achievement in itself. There’s also been MASSIVE thunderstorms this week too, so you have to walk around with umbrellas at all times (not that they do much good.)

So, having seen New Orleans on TV as a backdrop so many times, we had an expectation of what it’ll be like when we arrived and to an extent it’s matched, but as we’ve discovered there’s a lot more (and much better) things to do than just the French Quarter. Don’t get me wrong- the French Quarter is stunning in terms of it’s Creole and Spanish architecture, and there’s incredible food to be found alongside amazing jazz clubs every night, but there’s also SO MUCH BOOZING. 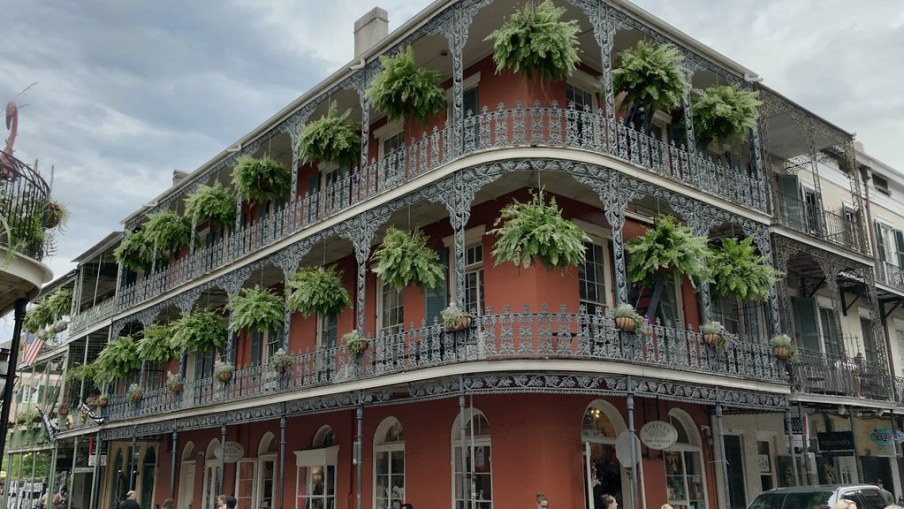 It’s the US equivalent of the Koh San Road in Bangkok (hideous.) Nola is one of  just 7 places in the entire country where public drinking on streets is allowed so everyone boozes it up all day and night  with insanely cheap drinks. There’s also no curfew for bars. If you’re into all that, it’d be very cool- at night loads of people go from one bar to the next with their drinks, to listen to jazz. It’s just that with all this booze comes ALL OF THE IDIOTS. There’s one street in particular (Bourbon) which should be avoided at all costs. Just don’t.

Music is ingrained into people, there’s jazz and blues pretty much everywhere you go, and it’s really cool to hear. Last night we went to a few bars with incredible musicians playing for free- most don’t have a cover charge, just a 1 drink minimum. Shows start around 6/7pm and go on through till after midnight. 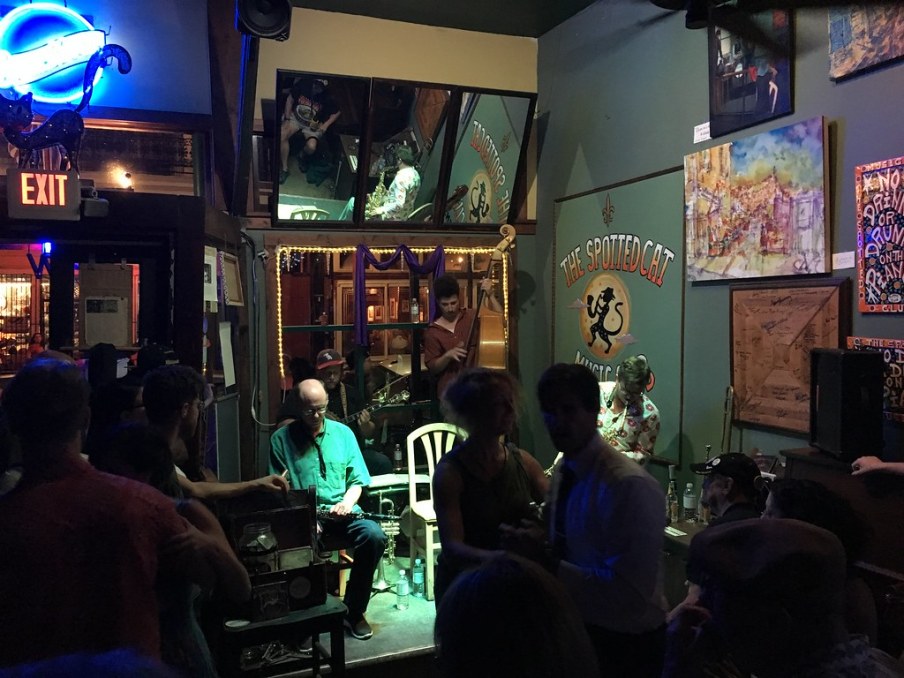 We took couple of free walking tours- one about ghosts in the French Quarter and another about the culinary history of Nola. The  info we got was great, particularly about the cajun and creole influence on food. Food here is a BIG DEAL. Foodies could easily spend a few weeks here (although you’d probably gain 10 lbs.) We tried, amongst other things, the gumbo, alligator (surprisingly yum,) red beans and rice, snowballs, jambalaya, chicory coffee (drool) and beignets. If you ever find yourself here, go to Cafe du Monde for the beignets- it’s an institution here and everyone we’ve met who’s been here hammered it into us that this was the 1 thing not to miss out on. So. flipping. good. 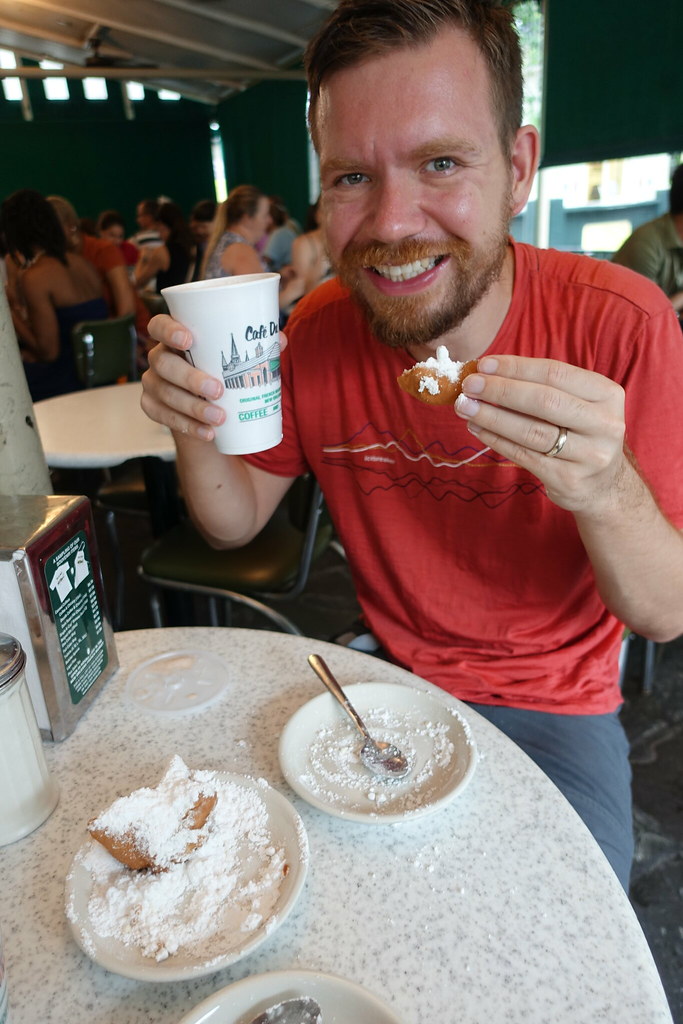 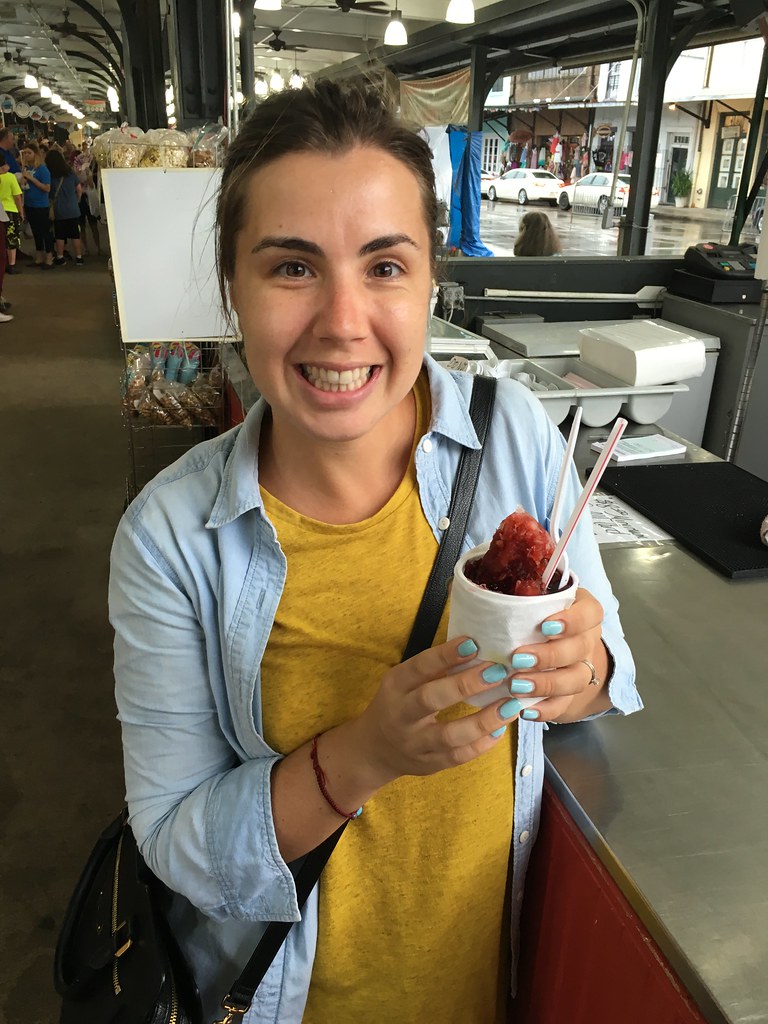 For a change of pace, we went kayaking on the Bayou- we wanted to see the big alligators up close and personal, but no luck. Awesome views though. We also wandered round the Garden district- clearly where all the money is (couldn’t find Beyonce’s house though I did look.) We took the ferry over to the West Bank when the city got a bit too much and hung out in cute coffee shops. 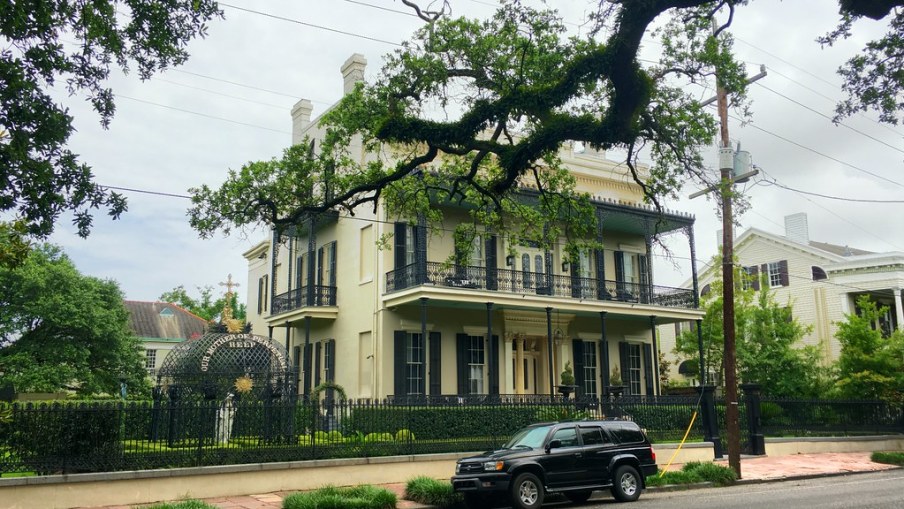 Wouldn’t say no to this

Katrina isn’t really talked about here, although there is a fierce sense of patriotism to the city and you get a real sense of love and loyalty from locals. They’re all passionate about Nola and love to tell you about the best places to go, what to eat etc. This is a city that’s totally committed to preserving its history- houses are, for the most part exactly as they were 100 years ago. People sit out on porches to drink their coffee, all neighbours chat in the streets and everyone knows everyone. People seem very content. It’s a city with a big personality and feels totally different to DC and NYC.

As much as we’ve loved it here, the heat and the relentless sightseeing pace is wearing us out so tomorrow it’s off to LA to hopefully kick back and sit on the beaches of Santa Monica for a few days. Well, that’s Sam’s plan- although I did pick up a sneaky little guide book so who knows?