Where to start? We’ve absolutely LOVED being round here- it’s been nearly 2 weeks now and we’re only just beginning to think of leaving (with a little side trip to Golden Bay for a few days.)

I’ll start with the wine then (as Sauvy B drinkers we’ve definitely taken advantage.) As much as we liked the Hawkes Bay vino, Marlborough takes it to a whole new level- it’s SO good. We had another day cycling around vineyards, pretending that we knew what people were talking to us about (I don’t know how convinced they were of this though.) 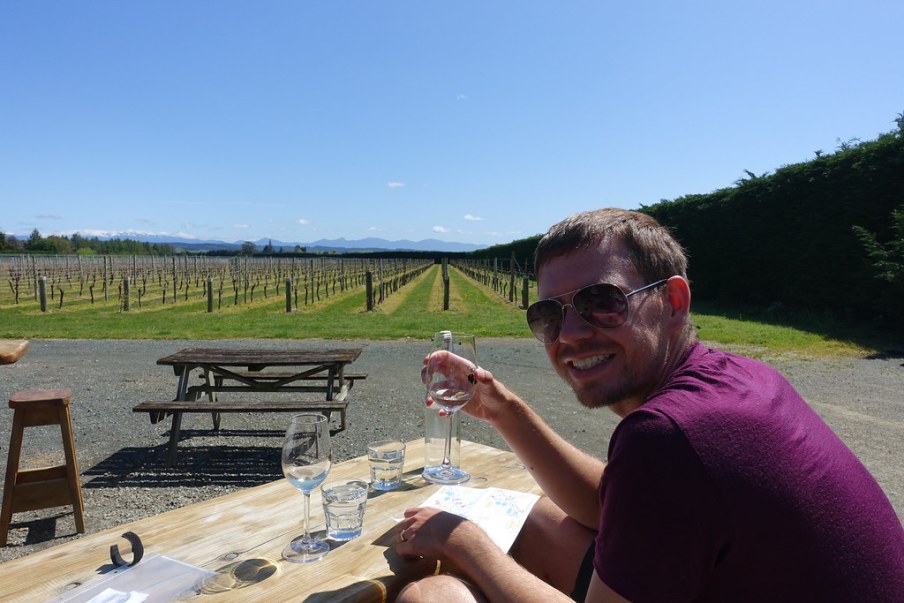 I’m not sure how wise it is to actively encourage people to cycle around main roads having had the equivalent of 4/5 glasses of wine, but NZ doesn’t seem to think it’s a problem, so who are we to argue with them?

One of the great things about having your own transport is having the freedom to make/change plans at a moments notice. We’ve done this alot- woken up and decided we felt like doing something different to what we’d intended. I’m starting to see why people in UK buy camper vans- I’d never really thought about it as a holiday alternative but I definitely would think seriously about it in the future- I’ve floated the idea of hiring a car in June when we’re in US and driving the coast to coast. We were planning on taking the AmTrac but now I think I’d prefer driving. Especially if it’s an automatic- why have I always driven manual, it’s so much harder!

Anyway, back to Marlborough. After overhearing some Kiwis in a restaurant, we decided to visit Mapua Wharf and Rabbit Island, which was BEAUTIFUL. So quiet and just the most gorgeous beach with crystal clear water. 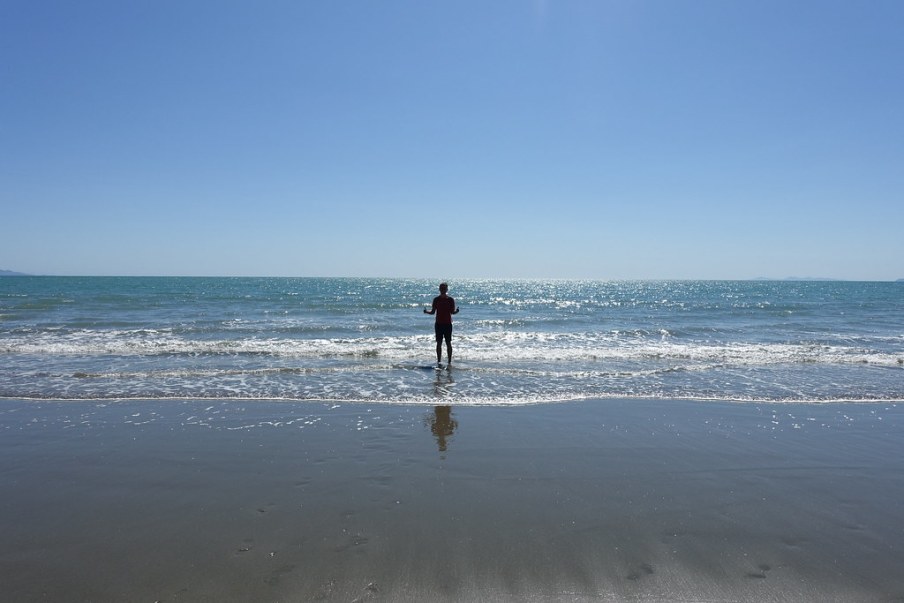 We’ve done a fair few hikes as well (in preparation for our big 5 dayer, which we’ve just finished today.) I think it might be time to leave the hiking boots off for a week or so (I can hear Sam cheering from here) and maybe do some more kayaking- hopefully we’ll see some of these elusive dolphins- I don’t get why we seem to be the only people in NZ who don’t see them?!

One thing to note: We’ve finally had some of the famous NZ fish and chips- AMAZING! Totally worth the wait. 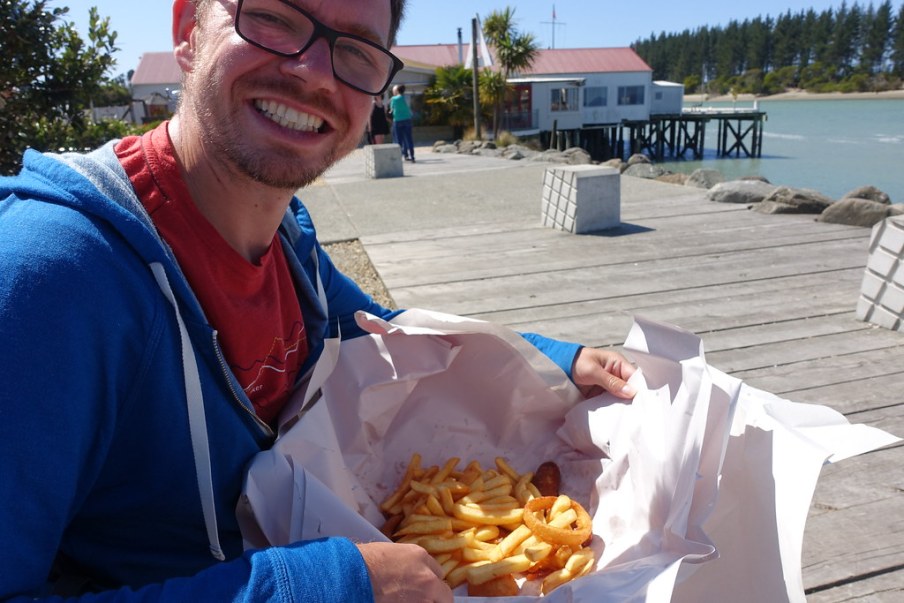 So, after Golden Bay we’re going to head down the west coast, but as yet neither of us has any idea about what’s there, apart from some big glaciers. I’ve been frantically trying to sort out Xmas and NY in Fiji- it’s peak season there then and everything’s filling up fast in the Yasawa Islands. Oh yeah, and I also need to start thinking about applying to schools IF I decide it’s what I want to do next year. The only problem is, I’m going to have to apply to schools in so many places to keep all our options open. Yawn. I can think of other things I’d rather be doing, like this: 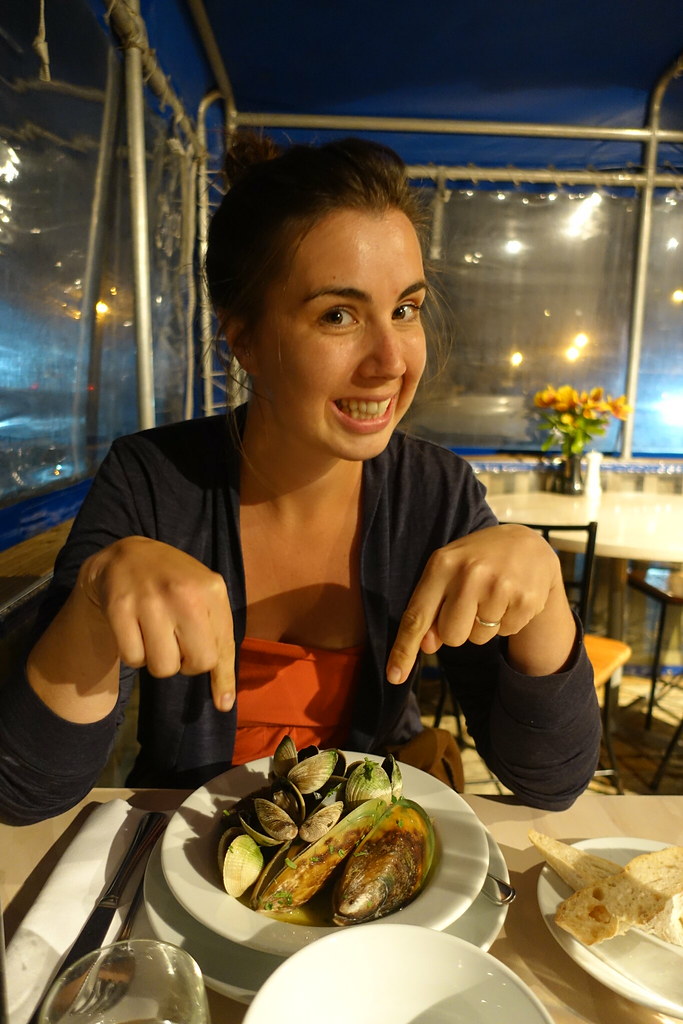