If you only get to one place in Laos……

Lonely Planet told us that this was an amazing place, so you can imagine our shock when it was actually right. After a love/hate relationship with our guide book, it’s finally redeemed itself. Originally, we planned to do 2 nights here, but we decided to extend to 3 and I’m so glad we did. As much as I don’t want to use  superlatives when writing, this is going to be the one exception, because it is truly a wonderful, beautiful city. As a UNESCO world heritage site, we has an inkling it would be, and coming from Vientiane, it honestly feels like we’re in a different time, let alone country. 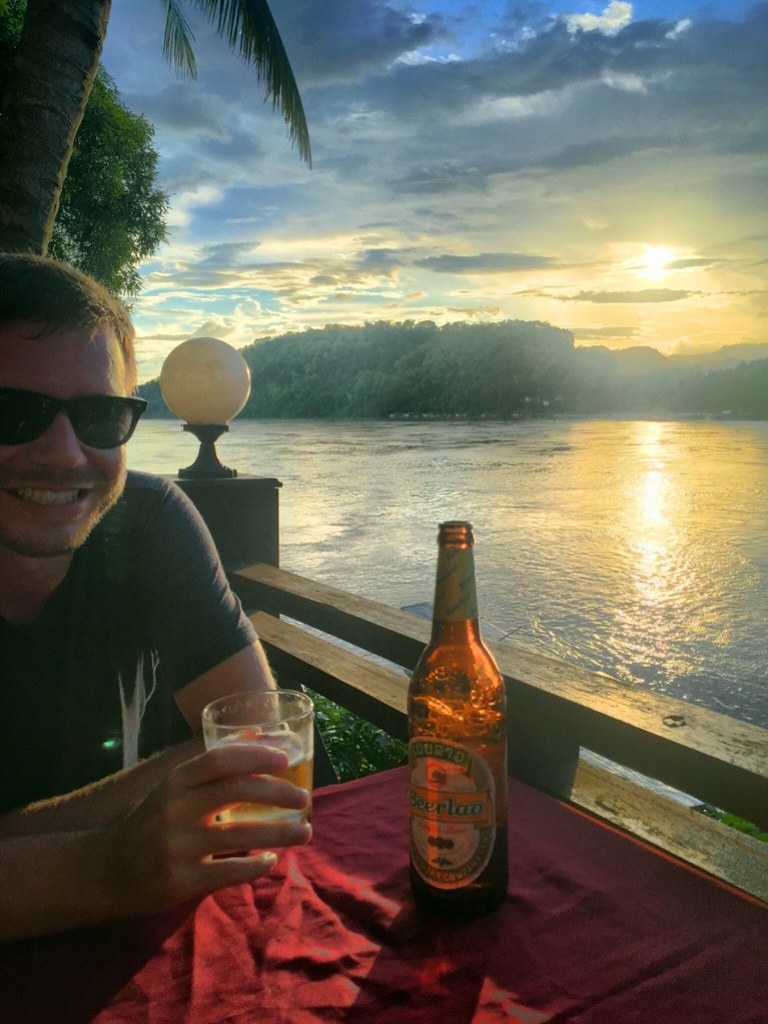 It’s actually quite a small city and we hired bikes (poor Sam, he’s given up arguing about it now) and spent a day cycling around. There are numerous cute coffee shops, boutique stores selling so many things I want but can’t justify buying, and lovely riverfront hotels. Alas, we were staying on the opposite side of town in a cheapy cheap hotel (for a tenner a night we really couldn’t complain.) However, we’d heard that the riverfront hotels did some great walk in rates and so we asked around. Finally, we found an awesome riverfront room with a balcony and king sized bed for half the cost advertised on agoda. RESULT. Yes, at 30 gbp it was way more than we’ve been paying, but knowing that we’ve got more night buses and jungles to come, we thought it was well worth the splurge.

Yesterday we found some other randoms to split transport costs and off we went in a shared tuk tuk to Kuang Si waterfall, about 32km out of the city. This photo says it all really. 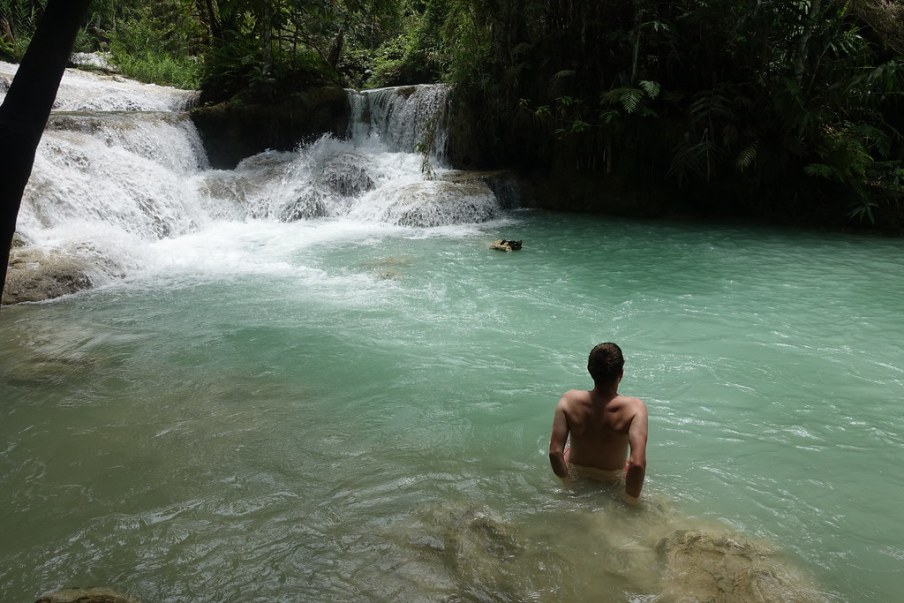 We also got to visit a sun bear centre, where they rehabilitate/protect sun bears from poachers. There were so many bears and we were able to get really close to them. Super cute! 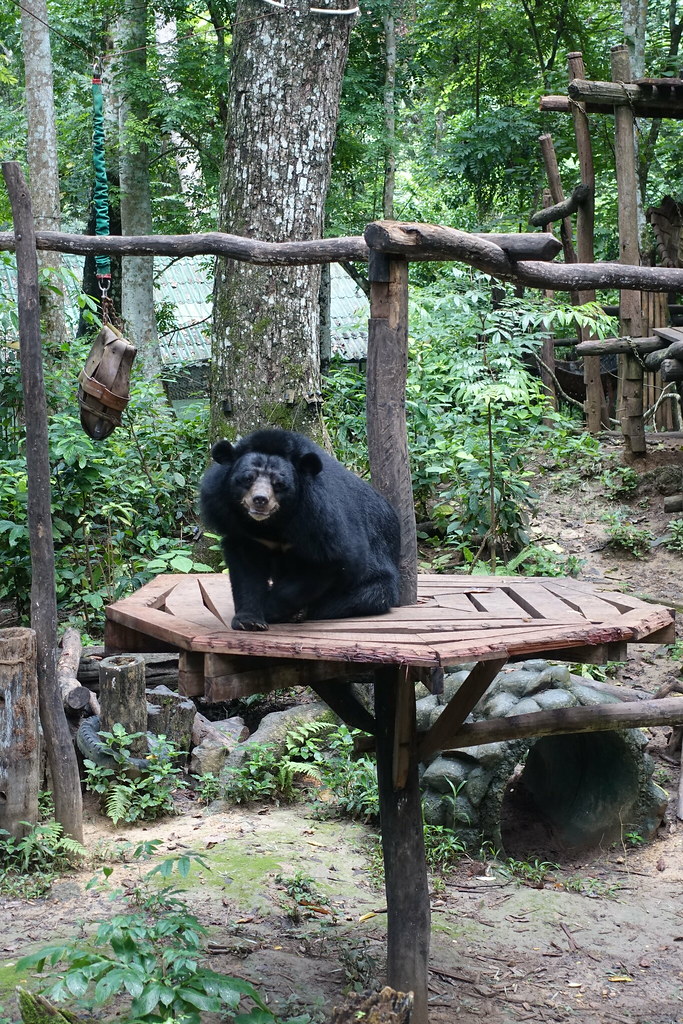 And the food. Oh, the food! From market baguettes and smoothies to incredible Laos feasts, we’ve eaten so well here. Again, no need to elaborate. 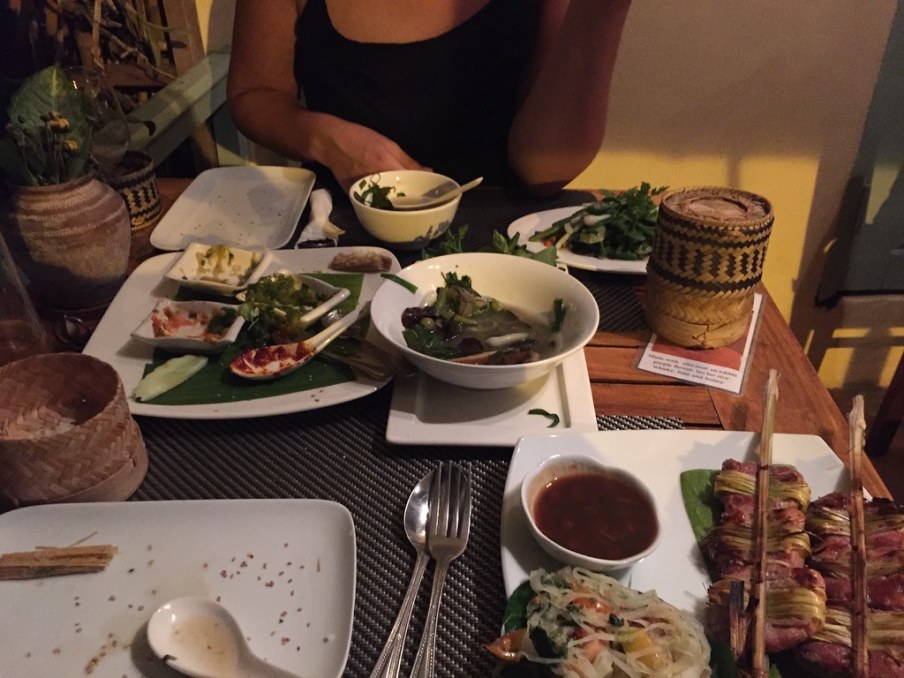 I don’t know if it’s because everything is a little pricey here than other places we’ve been in Laos, but there doesn’t seem to be that many groups of gap year students. Everyone seems a little older and there’s a definite family vibe. Also, for the first time in this whole trip, loads of British are here, esp middle-upper class who seem to be on an unlimited budget. As far as I know, LP is only accessible by air from Bangkok (internationally) so I’m assuming these Brits are mainly doing this? Otherwise, Laos is quite inaccessible unless you come in by bus, which is one of the reasons we’ve never been able to come before.

I do hope we come back.