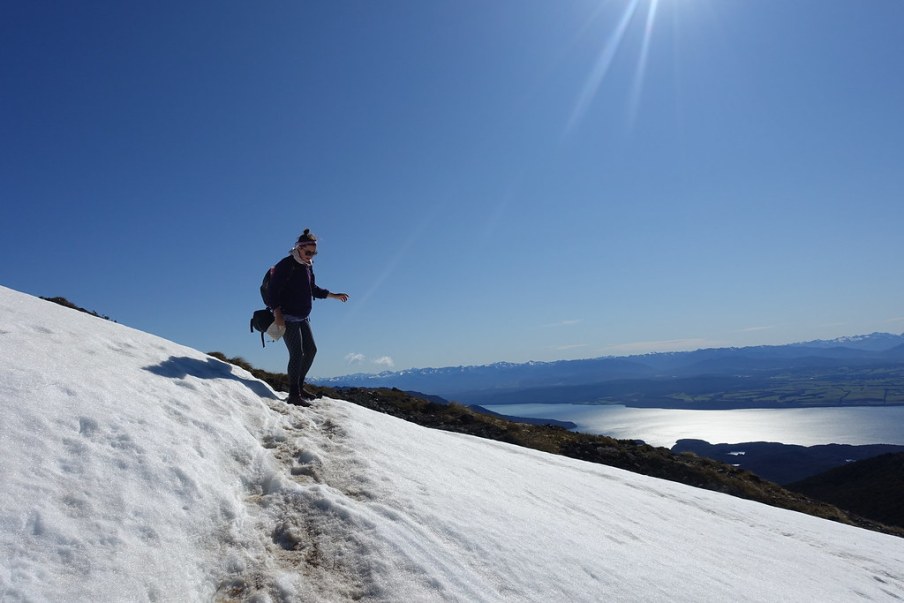 Having already invested in all the gear needed for multi-day hikes we thought we would tick off another of NZ’s great walks. In Fiordland there are 3 available: The Milford, Routeburn and Kepler.  Milford track is the most popular, and it turns out the huts are booked up over a year in advance which ruled that out.  Routeburn currently has major avalanche risks, which would’ve required us to get helicoptered part of the way (at a not insignificant cost.) Which made our decision for us: we were going to walk the Kepler track!

The Kepler can be done in 2 or 3 nights; after the agony with our backpacks during the Abel Tasman Coastal Track we decided to do it in 2 nights; more walking but with less to carry.  Laura managed to get all of her stuff into a daypack thanks to some impressive MacGuyvering of cables and carabiners.  This meant we had a lot of walking to do on the last day, but it looked feasible as it was mostly flat on day 3, unlike the first two days.

Our plan was to stay at Luxmore hut on the first night (after climbing nearly 1000m), Iris Burn on the second night (after decending another 800m or so) then make it to Rainbow Reach on the final day (where we were picked up by a shuttle bus.)

One of the reasons this track is meant to be so wonderful is the diversity of the nature on show and it really did deliver.  The route was part forest, part tundra, part alpine hills (snow!) and even a beach in there at one point.  For me personally it was even more amazing than the Abel Tasman and some of the most beautiful views I’ve ever seen.  I don’t think walking will be the same again for me anywhere else.

The climb on the first day was surprisingly not too bad; the inclines weren’t too steep and our bags were mercifully light in comparison which meant we made it to the hut by 3 in the afternoon in quite a good condition.  This is one of the most beautiful huts in NZ and we were treated to epic views like this: 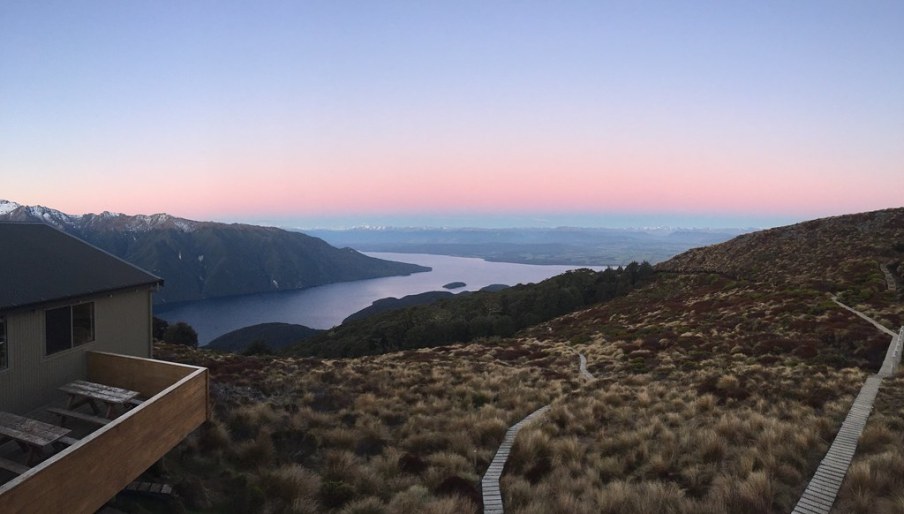 The hut even has a permanent ranger, who gave us a one hour nature tour and a guide to the stars- with zero light pollution and no moon the stars were really clear and you could even make out the Milky Way.

We made one mistake though.  Having seen the profile we’d assumed most of the climbing was done and it was mostly downhill, so we ate all of our chocolate (the only treat we’d brought.)  Turned out that was a massive error, as day 2 had a gruelling climb to the summit, followed by an incredibly sharp descent that was even more painful than going up the mountain!

Despite the pain, the views on the second day were truly second to none, looking down over Lake Te Anau and over to alpine mountains on all sides. 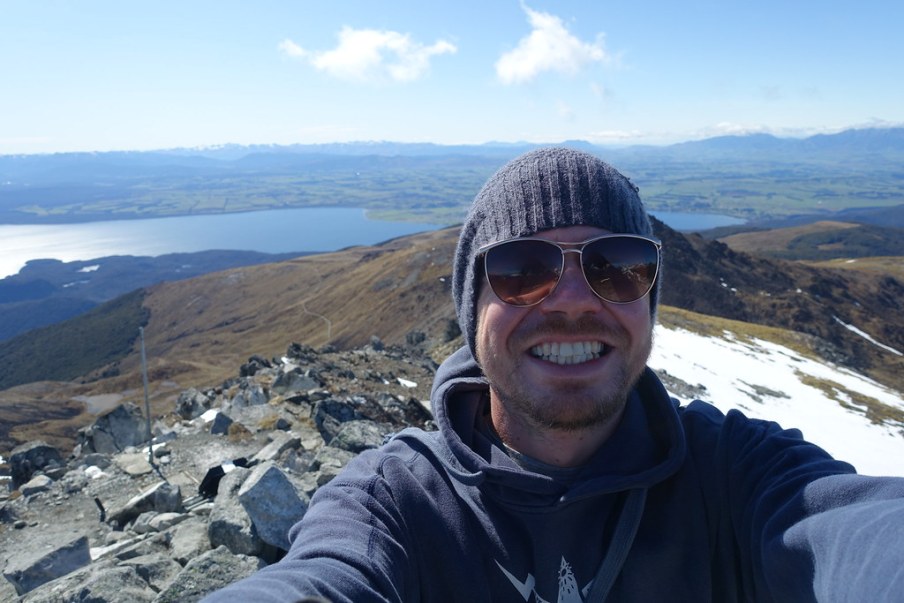 The final day was 7 hours of downhill, which we managed to knock out in under 5.  Although it was easy walking, by this point both of our feet were killing (my shoes are slightly too small so my toes hurt, and Laura had blisters) and we were exhausted thanks to someone in the bunk room who snored like an elephant so we were just desperate for it to be over.  You can see how happy we are at the end. 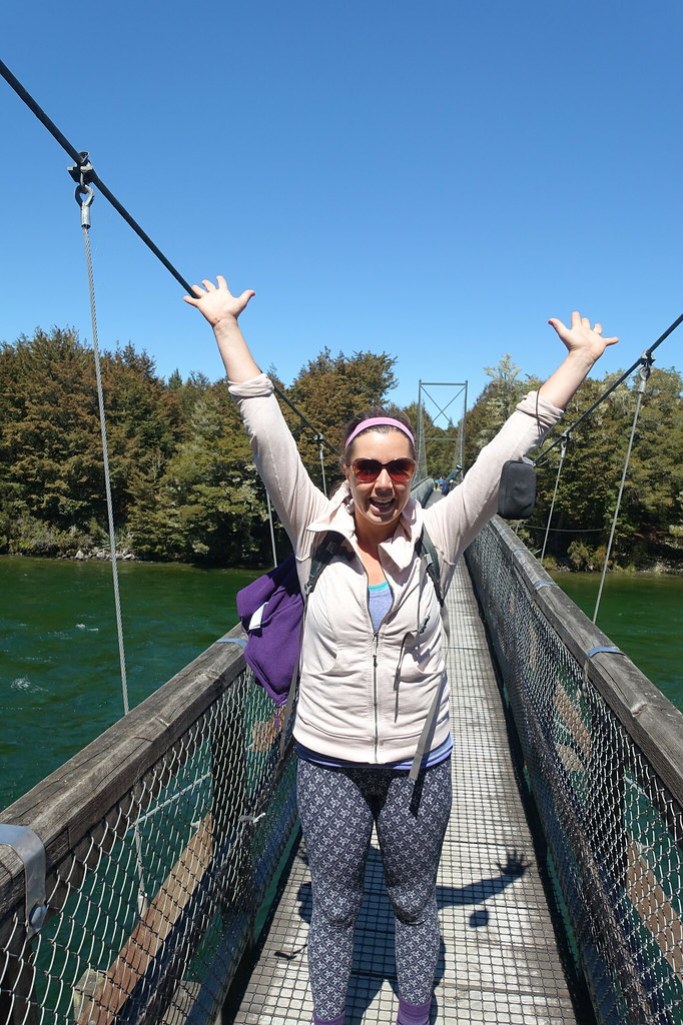