Having sped pretty quickly down the West Coast it was then necessary to cut inland to the Otago region; it’s just the way the road goes.  This generally means heading to Queenstown, the extreme sports/gap year student drinking headquarters of NZ.  We were both somewhat reluctant to rush there, seeing as we like to be in bed for half 9 and it’s meant to be geared towards late night party goers, so we decided to call into Wanaka.  We didn’t know anything about the place, and no one had recommended it, but it was in the book so we thought we’d pop through and see if there was much to see or do. 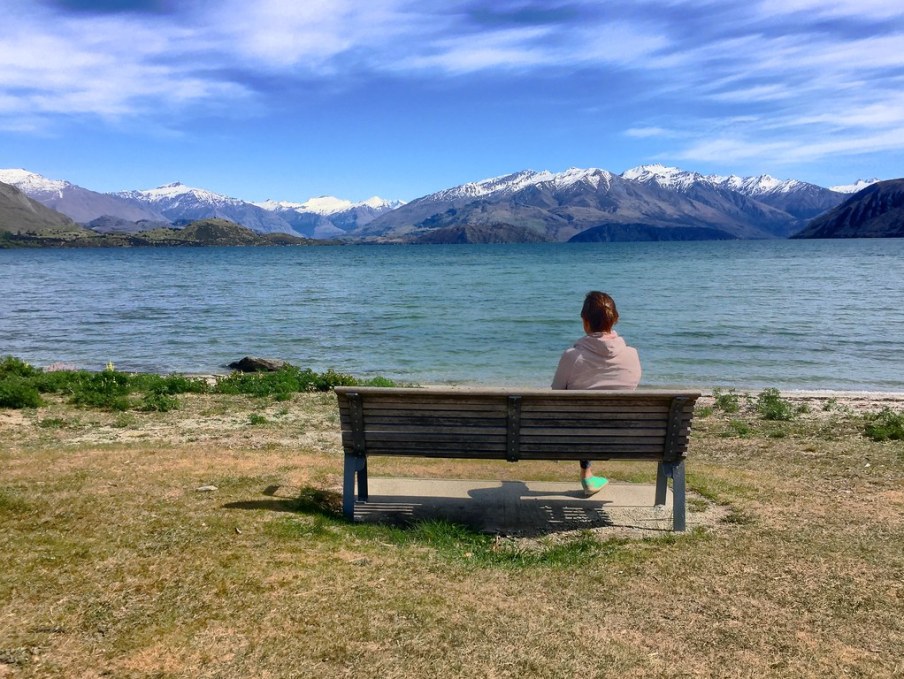 I don’t think it’s possible to capture it perfectly in a photo, but this place is absolutely beautiful.  Sat next to Lake Wanaka, there’s literally nowhere  you can turn where you won’t get a beautiful view of the lake and/or mountains.  It’s also has plenty of restaurants/cafes/bars, 2 cinemas and “Puzzling world”.  We ended up staying for 4 days!

On arrival we went straight to Puzzling world (I think Laura felt guilty we still haven’t had the curry I was promised after our 5 day hike), which is made up of 2 main sections. The first is The Illusion Rooms, which had a series of, well, illusions to marvel at.  Sounds a bit cheesy but they were really quite good. In one section, the entire room had been tilted up at an angle of about 20 degrees.  This completely freaks the mind out and it’s really hard to balance- I have a new found appreciation for the actors in Inception.  In another, using a well placed camera and an optical illusion from a checkerboard floor, it made us look like one of us was a giant and the other tiny (a technique apparently used in Lord or the Rings).  There was also a whole bunch of other stuff which was quite entertaining. 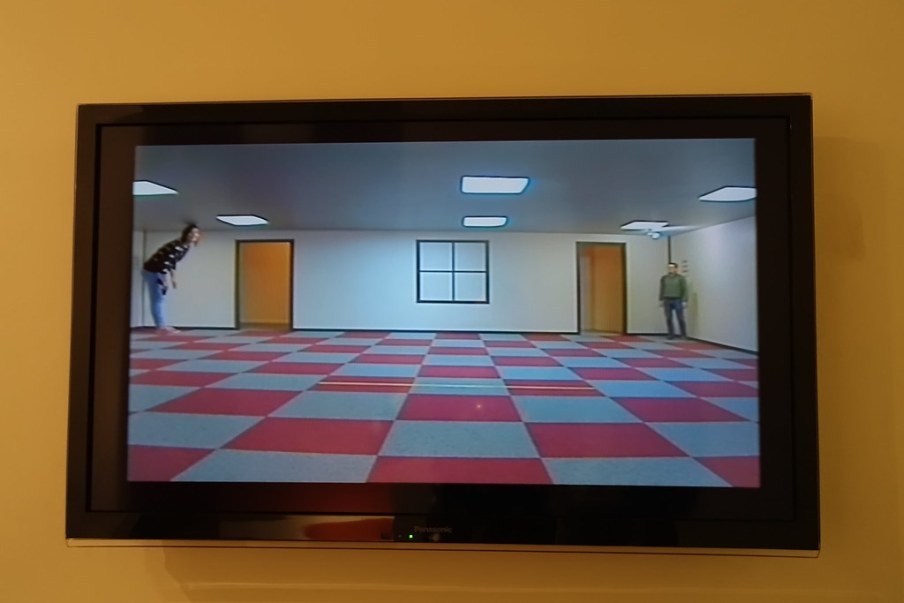 The second section is the Great Maze; a big maze where you need to reach the 4 corners in order before heading to the finish. Completion time was 30-60 minutes, and we came in at a respectable 45 minutes.  I absolutely loved it, having never been in a giant maze before and I think I have quite a knack for it; Laura may disagree though. 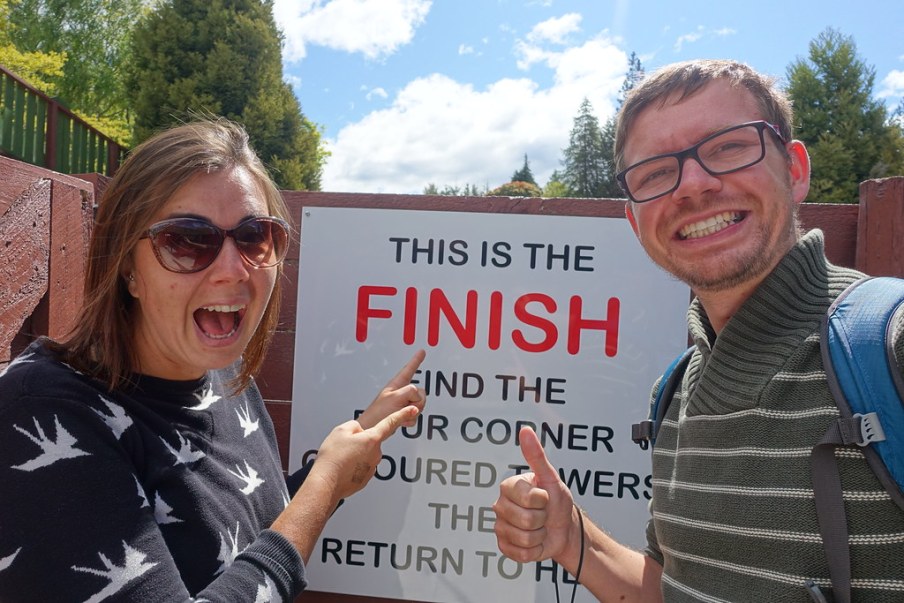 On our first full day in Wanaka, we did what we do best; we walked.  For 5 hours.  Fortunately, this was a Sam style route, completely flat and well marked.  The view was incredible throughout as we walked around part of the lake, with an always shifting backdrop of snow covered mountains.  The route also took us past some incredible holiday homes which looked like they could’ve been on grand designs, bringing much envy from us.

Wanaka is also home to a winery (with free tastings) so after having a picnic by the lake and getting sunburnt we headed up to what has to be my favourite view in all of our trip so far.  A lovely place to taste 7 or so wines and have a glass of Riesling. 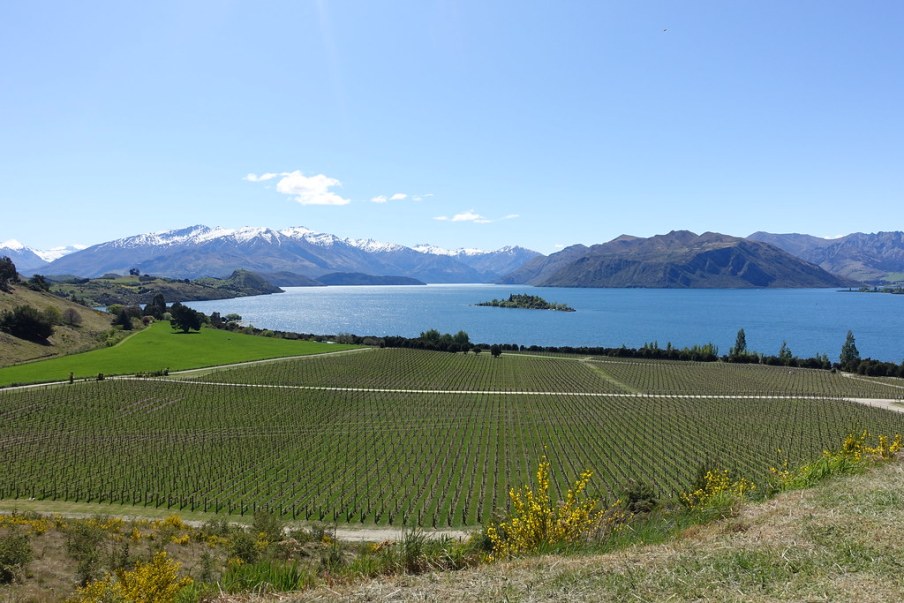 I’m pretty sure we both could’ve spent another couple of days easily in Wanaka (we didn’t even get to explore the “transport & toys” museum) but there’s only 7 weeks to go in NZ and we’ve got so much to do so we reluctantly headed on to Queenstown.

I think because we both went in with low expectations Queenstown wasn’t actually that bad.  It’s very commercial and quite pricey (for the public holiday all the restaurants put their prices up 15%. What’s that about?) and nowhere near as pretty as Wanaka, but it was nice to be in a big town for a brief change.  We only hung around for a night due to how much more expensive the campsite is, plus there’s much nicer places to explore.  We’re off cycling tomorrow (possibly around more wineries), and we’re planning to do another one of the great walks in the next week which is a short drive away.  There’s really no resting on this “holiday”!