First things first. NZ really needs to up its game with wifi- we’ve been trying for about 3 days to upload ANY photos. It’s not going well..

Also, what’s up with the weather NZ? It’s really not on. Didn’t you get the memo? Rain is not part of the plan.

Our first week here has been spectacular though, despite some mini tantrums thrown by yours truly over the coldness of the van (Mum, Dad, I’m sure you’re utterly shocked by this.) Sam wants to talk in more detail about the force of nature that is Vanatar, but I have a summary right here:

1- He’s both cosy and spacious at the same time- depending on the time of day. 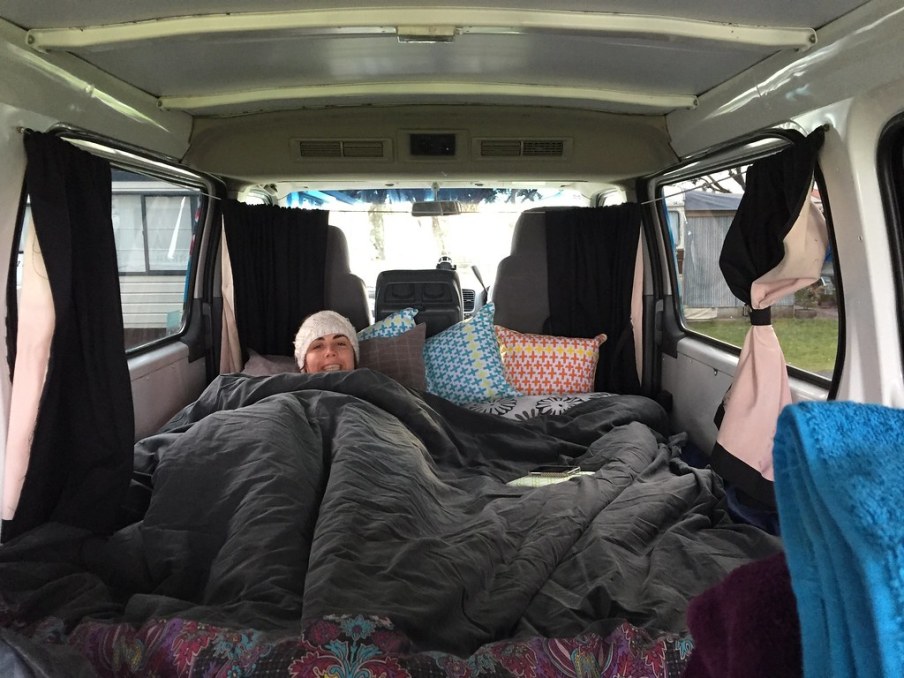 3- Vanatar has zero insulation. None at all. See above.

4- If he was a person, Vanatar would be a hard ass. He takes no crap from anyone, including us. Condensation? No problem. Sandflies? He doesn’t care. 50% incline? He just powers on. We saw another Escape van earlier in the week and it looked like a pansy compared to Vanatar.

So, Auckland. We stayed with my lovely friend from school, Nicola. We had such a lovely time catching up with her and some friends from Vietnam, Avi and Rochelle. Auckland itself was lovely, so many open spaces and parks- we wished we could’ve stayed longer to see the surrounding islands (and hopefully we can when we return in December) but time was ticking on. 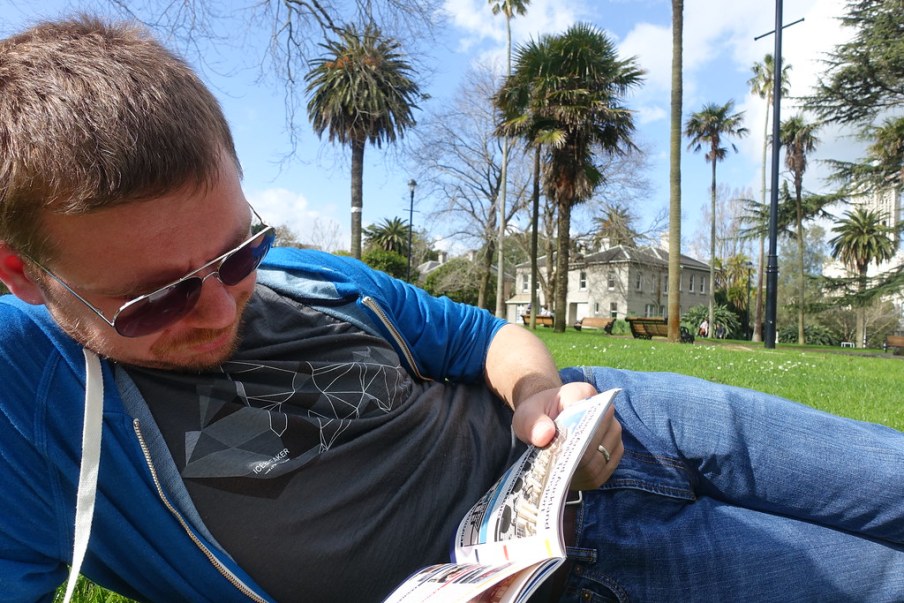 From Auckland we travelled north, heading for the Bay of Islands via a couple of places- Waipu (excellent caves with glowworms in them) and Uretitti Beach (beautiful but so many sandflies.)  We stayed in Paihia for a couple of nights and did a fab walk to Haruru falls, as well as the Waitingi Treaty Grounds (where the original treaty was written and signed.) From there we’ve travelled to Kerikeri (saw a dog show, not a lot else) and then Russell. 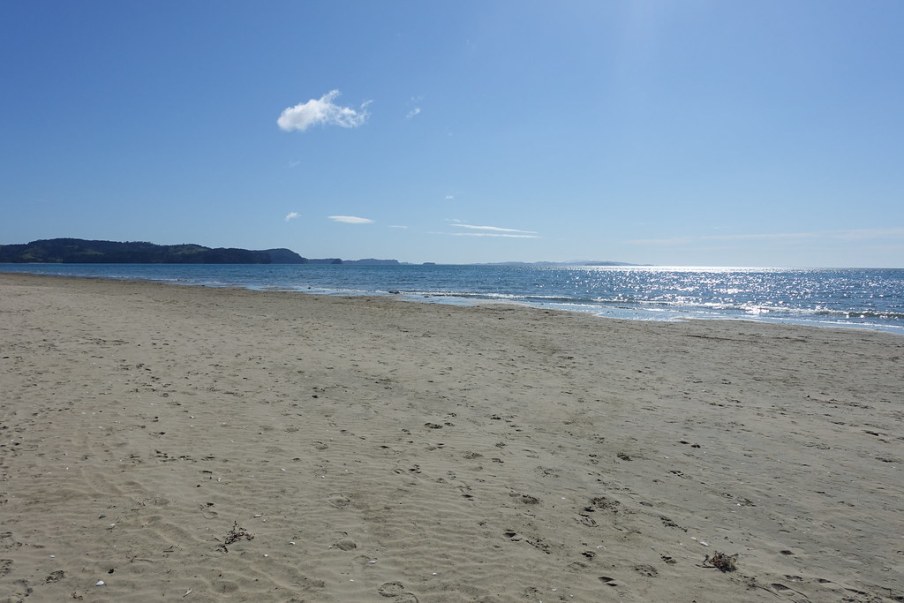 To reach Russell we needed to take a vehicle ferry so that it actually feels like an island, even though it’s part of the mainland. Super cute little town with nice pubs and a gorgeous harbour. Tomorrow we’re going out on the water, hopefully to see dolphins and orcas in their natural habitat. I think Sam secretly hopes we’ll see some whales but it’s not looking promising. 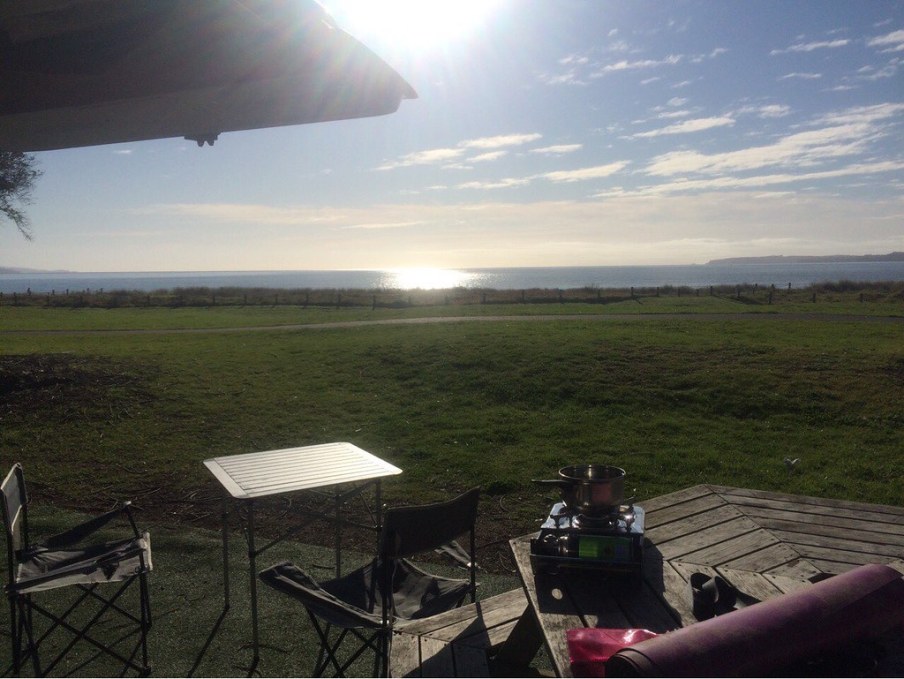 Now it’s time to get back to doing what we seem to do best. Sitting and doing nothing- with this view, would you do anything else?