A weekend jaunt to Valparaiso 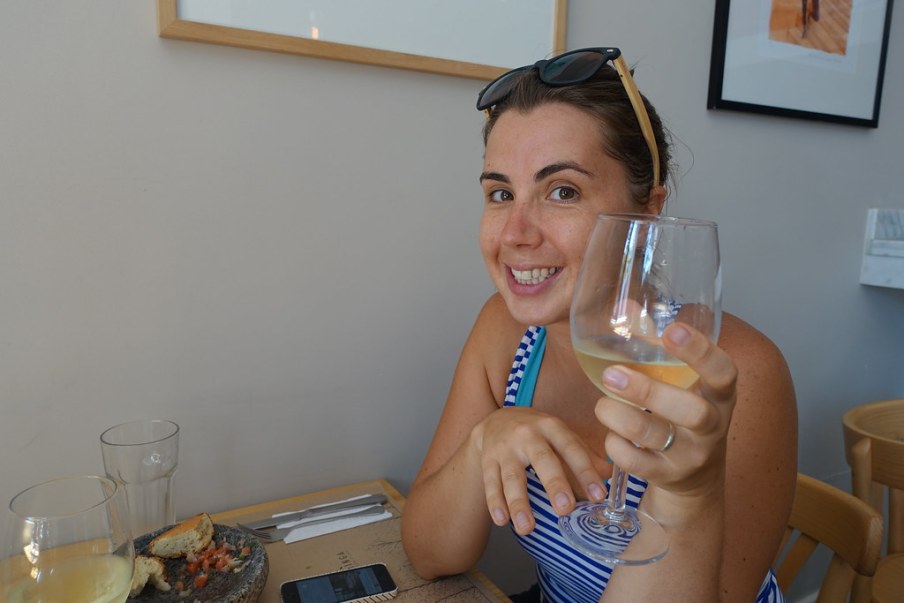 My healthy Fiji glow has been replaced with exhaustion. Wine is helping.

On Friday we left the busyness of Santiago and took a bus 1.5 hrs towards the coast, to the vibrant UNESCO world heritage site of Valparaiso. I’m not sure what we were expecting with the scenery, and it was very nice (lots of mountains) but it doesn’t compare to travelling through NZ- at least not yet. We did pass through the vineyards of the Casablanca Valley wine region, which we’d absolutely love to visit, but we just don’t have time to do everything we’d like to. The bus was really nice- we were envisaging something similar to Laos/Vietnam, but the bus was super fancy, left on time and only cost 5000CLP each (around 5 gbp.)

We’re staying in a gorgeous street, next to one of the cerros (hills.) Everything around here is very mediterranean- lots of brightly coloured buildings, amazing artwork and cute little bars and cafes tucked away into tiny alleys. It’s a shame that some of the murals on the walls are now being graffitied over- this might be a sign of things to come as Valparaiso becomes even more popular than it already is. 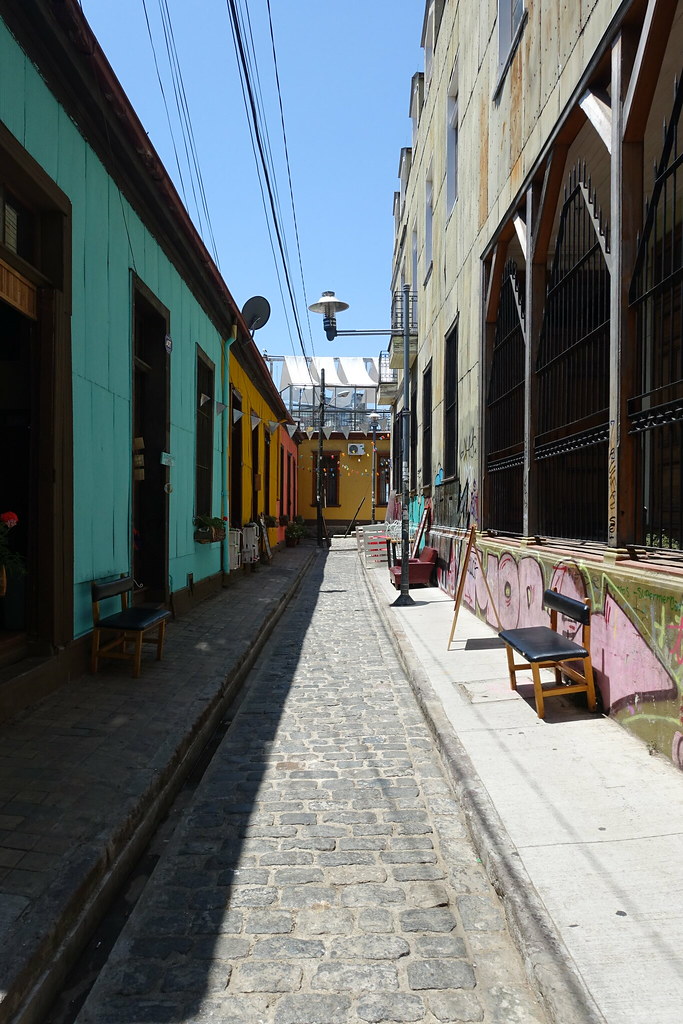 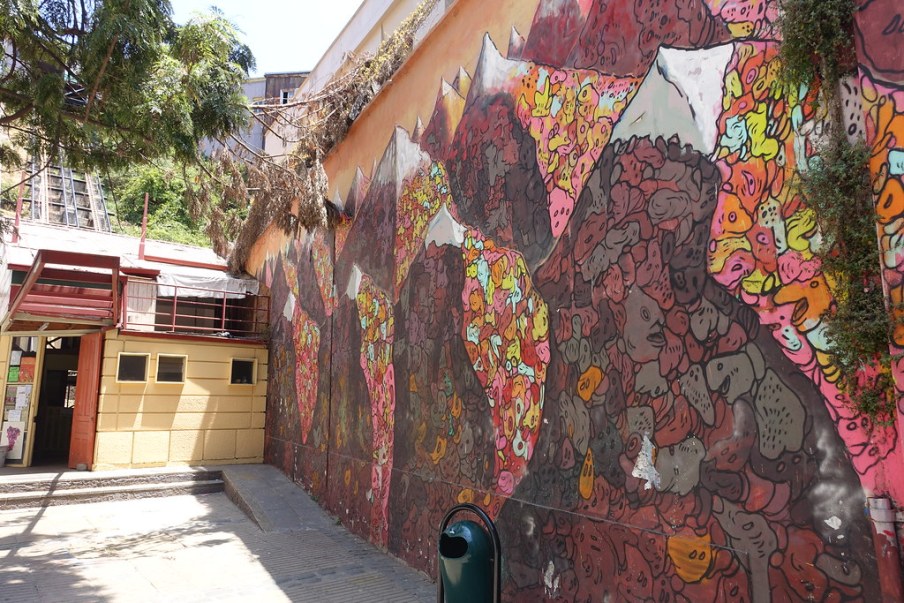 We spent an afternoon wandering around, taking funiculars up the VERY steep hills and exploring the different areas. As the city is built on hills, funiculars are one of the main ways to get from the residential areas down into the town- I think there’s 15 in total. They’re very cheap, between 100 and 300 CLP per person and a really cool way to gain perspective over how sprawling the city is. Not the safest we’ve ever felt though. It felt like the ropes could snap any second. 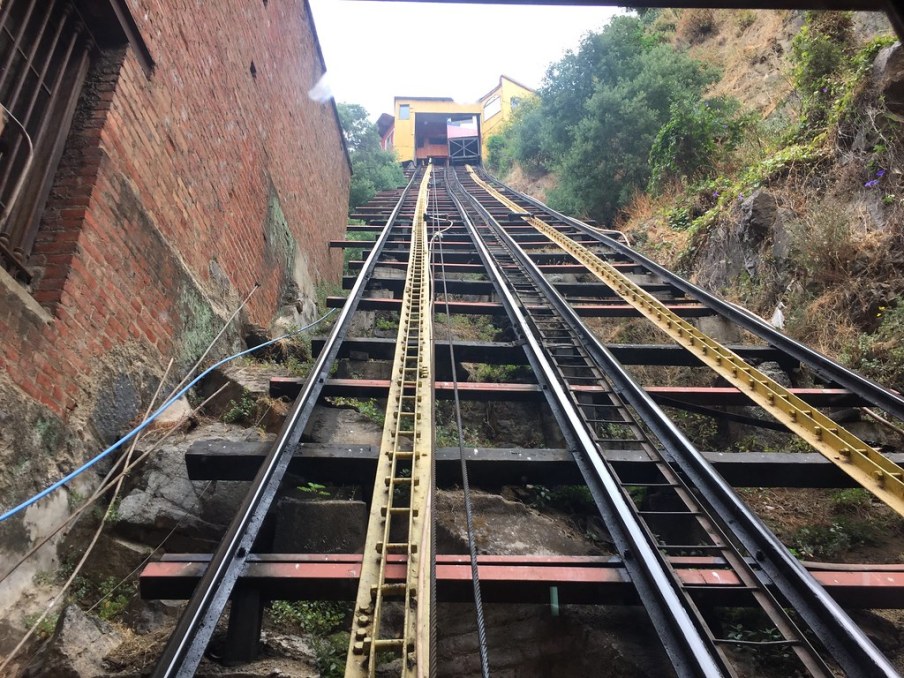 We decided to take one of the trolley buses (Sam was very excited about these) and explore the new part of town. 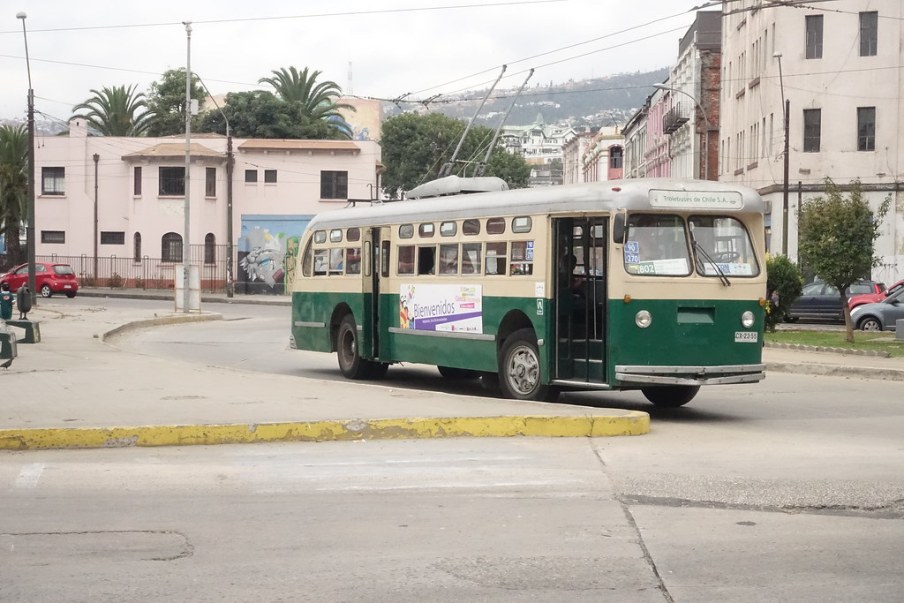 There’s a huge contrast between the gorgeous rambling old calles (streets) of the old town and down here in the new part. It feels very run down, lots of poverty and there’s stray dogs everywhere! Not such a fan of this part. There’s also a few dodgy areas we’ve been told not to go to- there’s quite a lot of petty crime here, I guess because there’s a lot of tourists, both Chilean and foreign.

Today we took a boat tour around the bay- big mistake. It was like cattle being herded. Hated it. Was only 3000CLP each but would not advise anyone to do it. We did see some naval and container ships though, so at least someone was happy!. 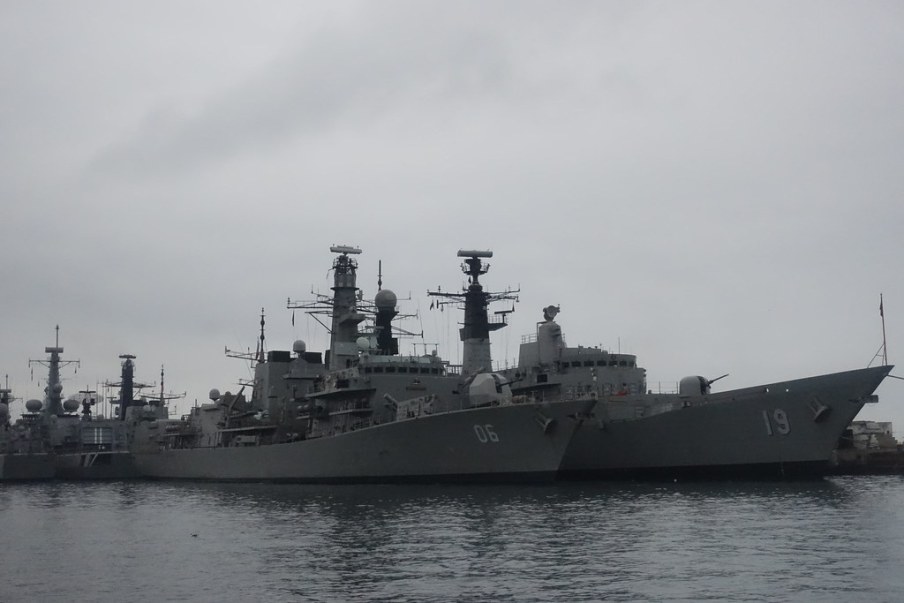 So far on our trip we’ve had some awesome local food and Chilean wine- it’s SOOOOO much cheaper than NZ. We’re paying 2000CLP for a glass of excellent locally made wine and there’s some amazing set menu deals. Last night we ended up going to a fantastic restaurant and having 3 courses and 3 drinks each for under 30 gbp. This was unheard of for us in Fiji and NZ!

We’re off to Vina del Mar tomorrow, a short metro ride down the road, where we’ll be doing a language course for the next week. Then the journey south towards Patagonia begins with wine tasting and hiking in the central valley (if we can ever figure out how to get there.)